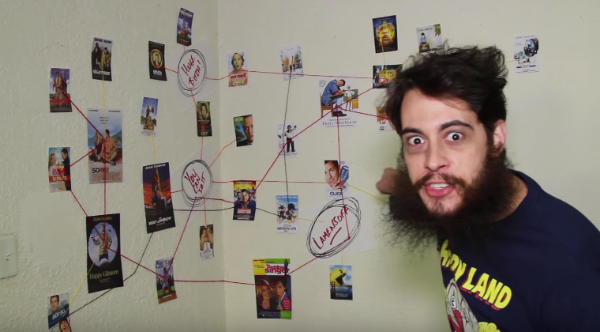 Not long ago, Quentin Tarantino confirmed what many believed to be true for years: His movies are all connected and they all take place within the same fictional universe. But as it turns out, he’s not alone. Tarantino has intentionally linked all his movies, and it looks like Adam Sandler may have done the same thing.

This goes to show that either Sandler planned to create a massive universe of characters and stories somehow, or he simply recycled familiar characters and jokes that worked in some of his movies giving them new life in other creations.

Don’t get me wrong, some of Sandler’s comedies are hilarious, and I do rewatch plenty of them. But others are far from being remotely funny.

Either way, watch Kohne go mad as he explains the Sandlerverse in this absolutely hilarious video – the more Sandler movies you’ve seen, the better it gets: