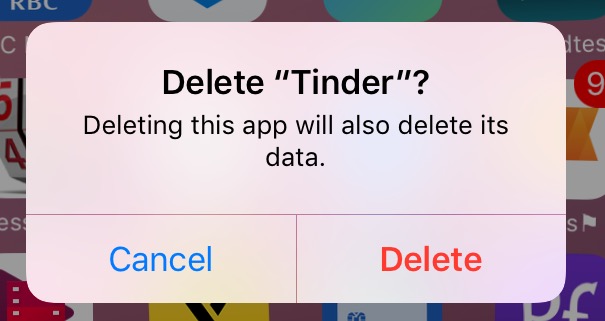 The year of our Lord 2016 has already set Guiness Records for crappiness, so why should we stop while we’re ahead? An article from Hollywood Reporter informs us that Warner Bros is making a major motion picture with the working title Worst Tinder Date Ever.

We brought this upon ourselves.

In case you still harbored some wishful thinking that Worst Tinder Date Ever was an ironic name, and that the movie would be a carefully considered look at the intricacies and foibles of a mechanical dating system that’s fundamentally changed the nature of casual relationships, nope:

“The rom-com with action elements centers on two people in Los Angeles that go on a Tinder date that spirals into a night of one disaster after disaster — and, of course, they fall for one another in the process.

Niija Kuykendall and Julia Spiro are overseeing for the studio. Sources say part of the inspiration for the project was one of Spiro’s own bad dates.“

As they say, hell hath no fury like a scorned female producer using a multi-million-dollar movie to get back at blind dates gone wrong.

Interestingly (and depressingly), this isn’t the first time that an app for tweens has provided the inspiration for a movie. Sickhouse is a horror movie shot entirely using Snapchat, although unlike Worst Tinder Date Ever, it has some artistic merit. Although I know nothing else about Worst Tinder Date Ever, my expectations are about as high as that movie about people who uploaded a sex tape to iCloud.