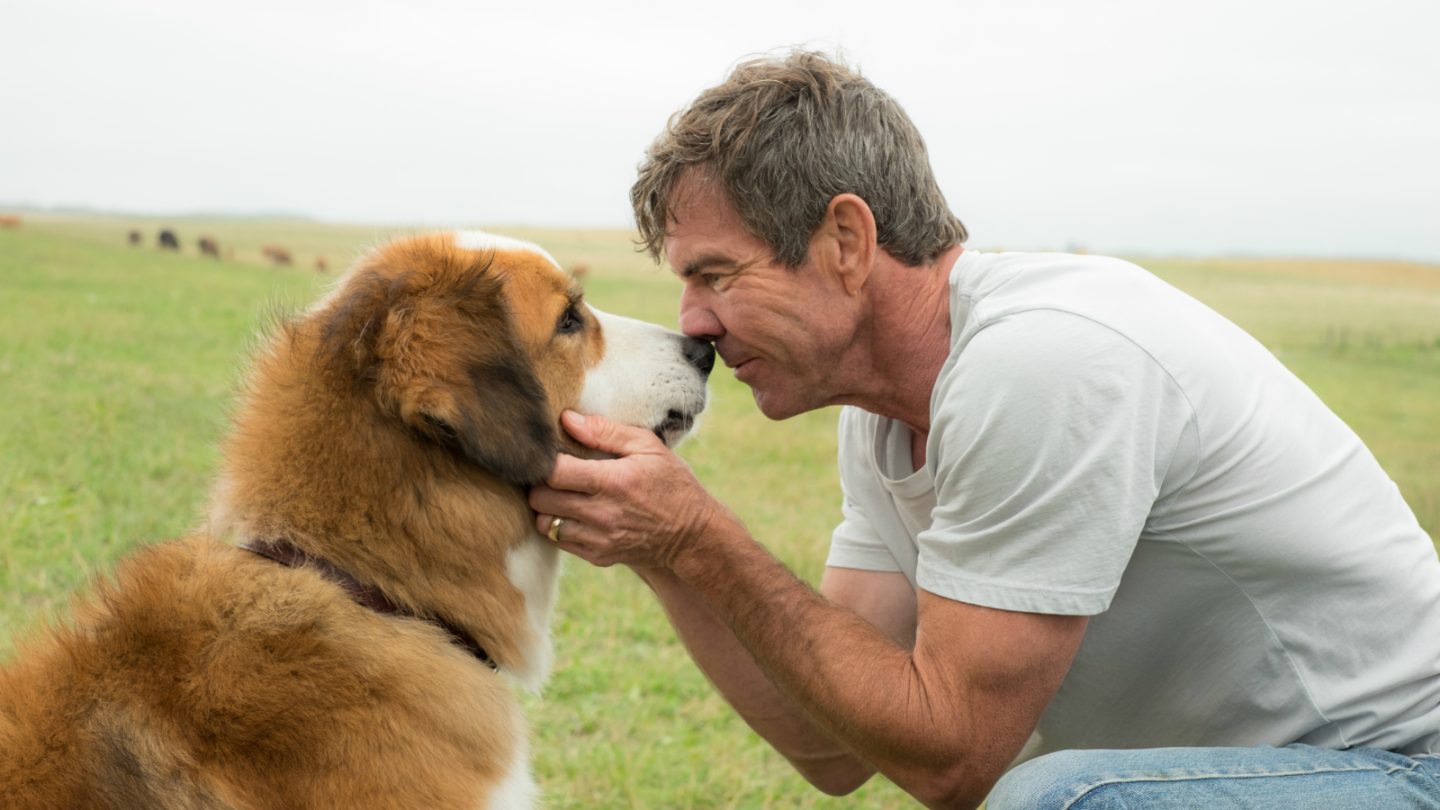 A Dog’s Purpose should be a heartwarming comedy debuting this January about a dog who finds his purpose. He’s reincarnated time and time again over the years, and he has to find his owner each time for a touching reunion. But the People for the Ethical Treatment of Animals (PETA) has called for a boycott of the movie following the release of a video showing a dog seemingly being abused on set.

The video, released by TMZ on Wednesday, was recorded in November 2015 and shows a German Shepherd being forced into the turbulent water during filming. “PETA is calling on dog lovers to boycott the film in order to send the message that dogs and other animals should be treated humanely, not as movie props,” the group said.

PETA said the dogs used in the film were provided by Birds & Animals Unlimited, a company that PETA has complained about before. Recently, PETA told the U.S. Department of Agriculture that the animals from BAU were being mistreated. They’re reportedly forced to sleep outdoors and live in unsanitary conditions.

Amblin Partners, Universal Pictures and others involved with the movie including a producer, a director and Josh Gad who voices the dog, have since commented on the matter, Variety reports.

“A Dog’s Purpose, produced by Amblin Entertainment and distributed by Universal Pictures, is a celebration of the special connection between humans and their dogs,” the two companies said. “And in the spirit of this relationship, the Amblin production team followed rigorous protocols to foster an ethical and safe environment for the animals.

“While we continue to review the circumstances shown in the edited footage, Amblin is confident that great care and concern was shown for the German Shepherd Hercules, as well as for all of the other dogs featured throughout the production of the film. There were several days of rehearsal of the water scenes to ensure Hercules was comfortable with all of the stunts. On the day of the shoot, ‪Hercules did not want to perform the stunt portrayed on the tape, so the Amblin production team did not proceed with filming that shot.

“Hercules is happy and healthy,” the statement concluded.

“Had I been on the set, this would have never happened,” producer Gavin Polone told Variety. “This movie got made because of how I feel about animals. So this happened 15 months ago and should have been investigated immediately. It’s unconscionable that someone waited a year and three months to call attention to this.”

“I am very disturbed by the video released today from the set of my film” A Dog’s Purpose, director Lasse Hallstrom said. “I did not witness these actions, which are unacceptable and would never happen with my knowledge. We were all committed to providing a loving, respectful and safe environment for all the animals in the film. I have been promised that a thorough investigation into this situation is underway and that any wrongdoing will be reported and punished.”