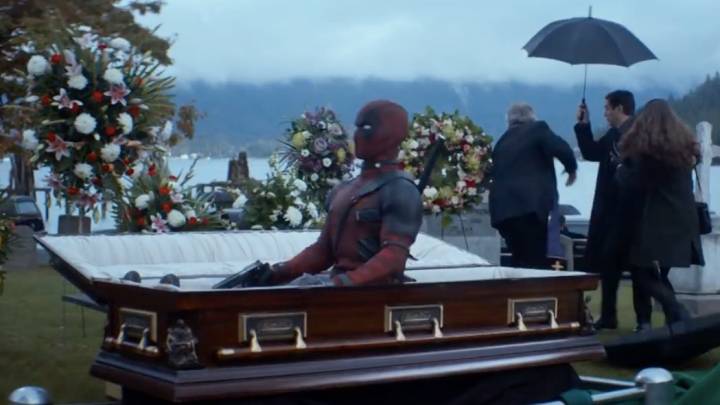 I’m not going to blame you if you’re not going out to the movies this weekend, with all the crazy Black Friday deals that you can already shop right now, and the insanely busy week that lies ahead. Not to mention that Justice League just got the meh treatment — although I personally plan to see it no matter what critics have to say.

But if you do plan to go to the movies, and you like MoviePass, you absolutely need to check out this limited promotion they’re running.

That said, I’ll remind you that Mudbound opens this weekend, and you can watch it from the comfort of your own home. That’s right, it’s a Netflix flick, and a great one from what I hear. And yes, I’ve got a boatload of new trailers for you. Let’s check them out!

I’m not the biggest fan of horror movies because most of them are hardly entertaining. But this first trailer for A Quiet Place certainly makes me curious. First of all, we’ve got Emily Blunt and John Krasinski acting together as husband and wife who have to protect themselves and their kids from a terrible danger. Apparently, if they can hear you, they can hunt you. Who are they? This trailer doesn’t say.

On paper, this movie sounds quite promising. We’ve got Antonio Banderas, John Malkovich, and Adrien Brody starring together in this crime story. It should launch at some point this year, although there’s no firm release date for it. Color me intrigued.

This trailer is just amazing for so many reasons. Deadpool 2 hits theaters on June 1st. That’s absolutely everything you need to know:

Yes, there’s a Fantastic Beats sequel in the works and this time around we’re talking about The Crimes of Grindelwald. We’re going to have to wait for one more year to see it. As for the teaser below, well, it’s just a teaser that reveals the movie’s name and launch date.

I can’t say I’m the biggest fan of the Hotel Transylvania series, but the franchise does have plenty of fans. The third installment in the series launches on July 13th, and the animation has a great cast. Check it out:

Whenever I see Jeffrey Dean Morgan now, I immediately think of his Negan character from The Walking Dead. However, Rampage, due April 20th, is not about Morgan’s character. Dwayne Johnson is actually the star of this action movie based on the classic 1980s video game that features giant animals. The wolf is my personal favorite.

Of course, you want to see a musical starring Hugh Jackman about a man who invented show business. Am I right? Well, that’s great, because come December 20th, that’s exactly the kind of film you’ll be able to watch in cinemas. Here’s a brand new trailer for The Greatest Showman:

Wait a second, Titanic again? Rose? Jack? For some reason, let’s call it cash, the movie will be re-released in cinemas. Insert shrug emoji. So let’s take a look at this rerelease trailer and pretend we’ve never seen the movie. December 1st, if you were wondering.