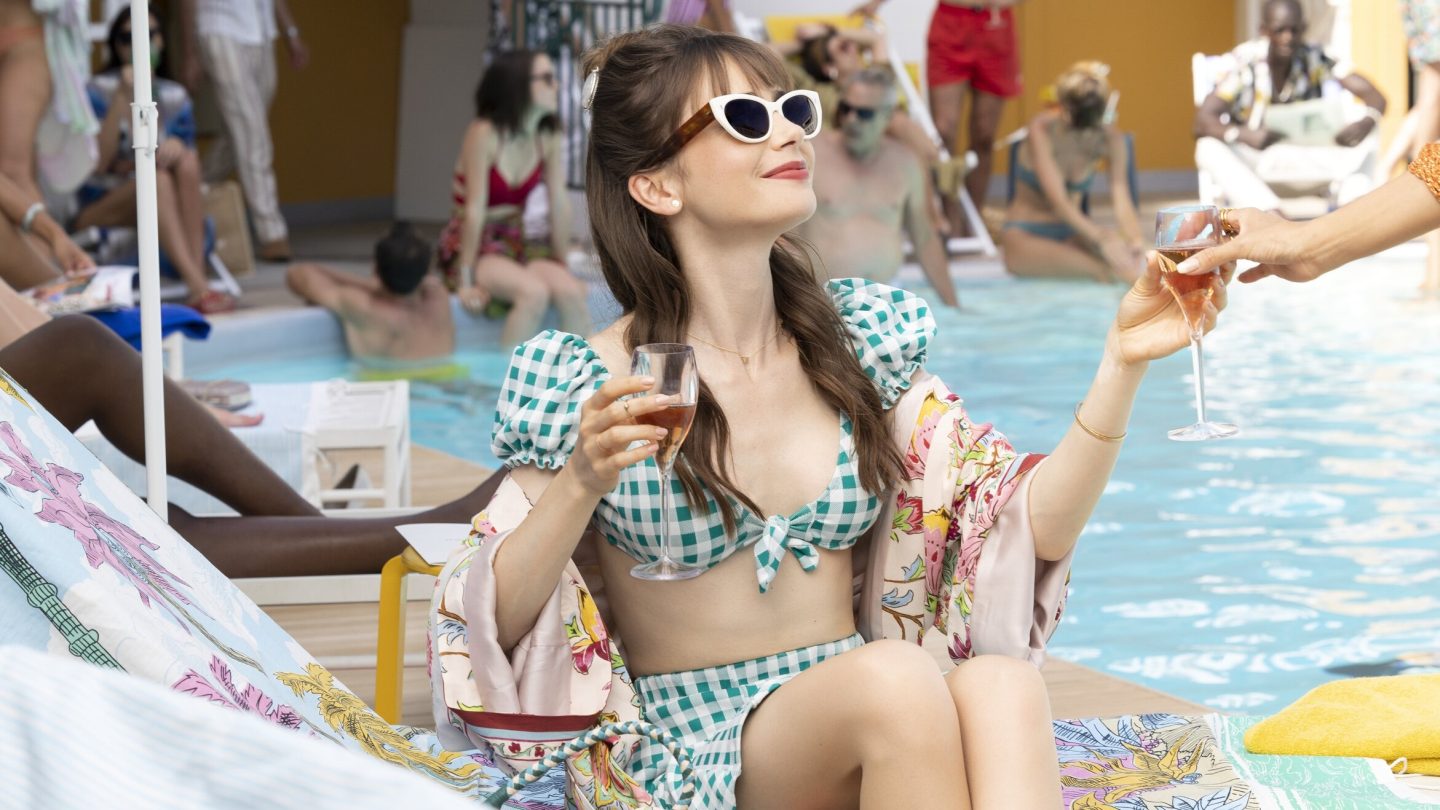 Netflix has saved some of its final big releases of 2022 for the week before Christmas, capping off quite an eventful year for the streamer by adding originals like Season 3 of Emily in Paris and the Knives Out sequel Glass Onion to its library.

Those two monster releases are undoubtedly going to be the titles that get the most viewership on the streaming giant over the coming days. But there will, of course, be plenty of other new releases to watch, as well — ranging from Christmas-themed Netflix originals to new K-dramas and much more.

Among those two high-profile Netflix releases we mentioned, the first is Emily in Paris (Season 3 of which hits the streamer on December 21).

This Netflix release is big enough that it’s one of those things where I suspect if you haven’t started it by now, you probably won’t. If you’re invested in what happens next with Lily Collins’ vivacious marketing executive Emily Cooper, however, then here’s what you need to know:

After moving from Chicago to Paris for her dream job, Netflix’s official synopsis explains, the indefatigably cheerful Emily — who was so fun to watch early on in the fish-out-of-water aspect of this show — is faced with two very different paths. Per Netflix: “Emily will have to decide exactly where her loyalties lie — at work and in her romantic life — and what those decisions mean for her future in France, all while continuing to immerse herself in the adventures and surprising twists and turns that life in Paris provides.”

Moving right along, next up, we have a December 23 Netflix release: It’s the long-awaited sequel to director Rian Johnson’s whodunnit Knives Out. Long-awaited, that is, for fans of the original who haven’t bothered to check out the satisfying and fun follow-up Glass Onion in theaters, where it’s been for a few weeks now.

Glass Onion is only “connected” to the original movie insofar as it includes the return of Benoit Blanc, Daniel Craig’s brilliant detective with a Southern drawl. There’s another juicy case to solve, itself a riddle inside a complex narrative puzzle box, plus a sprawling cast of colorful characters — and all of it set on a remote island.

This time around, though, the movie also includes a bit of a cheeky wink and nod toward billionaires like Elon Musk — rich guys who’ve found themselves in possession of giant fortunes but who might or might not be all that deserving of them. The billionaire, in this case, is played by Edward Norton, and at the beginning of Glass Onion, you’ll feel like his character, Miles, is a brilliant titan of industry. By the end of the movie … well, let’s just say it will be readily apparent that the emperor, indeed, has no clothes.

Now, let’s take a quick look at a few more fresh Netflix releases — including Christmas titles, a new true-crime docuseries, and some all-new dramas from Japan and Korea.

Trolley: This 16-episode Korean Netflix release is about “a sudden tragedy that brings the wife of an assemblyman out of her private life and forces her to confront family secrets and her own troubling past.” Release date: December 19.

Alice in Borderland: As for this next Netflix release, can we take a moment and first appreciate what a cool-sounding title this is? This dystopian Japanese-language thriller is based on a manga and introduces viewers to Arisu — a jobless young man obsessed with video games. He finds himself all of a sudden in a weird, completely empty version of Tokyo, one in which he and his friends must compete in dangerous games to survive. Season 2 release date: December 22.

I Am A Killer: The days just before Christmas strike me as an odd moment to release a new season of a true-crime docuseries about hardened killers, but hey — different strokes for different folks. In this series, inmates on Death Row who’ve been convicted of capital murder share firsthand accounts of their crimes. Season 4 release date: December 21.

Finally, as everyone starts unplugging next week for the Christmas holiday and enjoying free time at home or with family, there will be plenty of opportunities for bingeing content on Netflix — and the streamer has also made sure there will be plenty of great holiday-themed content to watch. On that score, two new Netflix releases worth adding to your queue include a new series and a movie (both of which are now streaming): They’re A Storm for Christmas, and I Believe in Santa, respectively.

A Storm for Christmas: For some of you, the premise of this 6-episode Netflix series from Norway will sound like your literal travel nightmare. Here, though, is how the streamer describes this heartwarming series:

“December 2022. A group of people arrive at Oslo airport. Some to welcome their loved ones, some to travel home to their families, and some to fly away and escape Christmas. But in one way or another, their Christmas mission goes awry. They are all stranded at the airport and the clock is ticking — only 24 hours til Christmas — so what do they do?”

I Believe in Santa: This one, meanwhile, is a Christmas-themed romantic comedy, wherein two characters — Lisa and Tom — have been dating for five happy months. Eventually, though, Lisa is horrified to find out that Tom is absolutely obsessed with the holiday she hates most: Christmas. Will that be enough to make her change her opinion of the most wonderful time of the year?