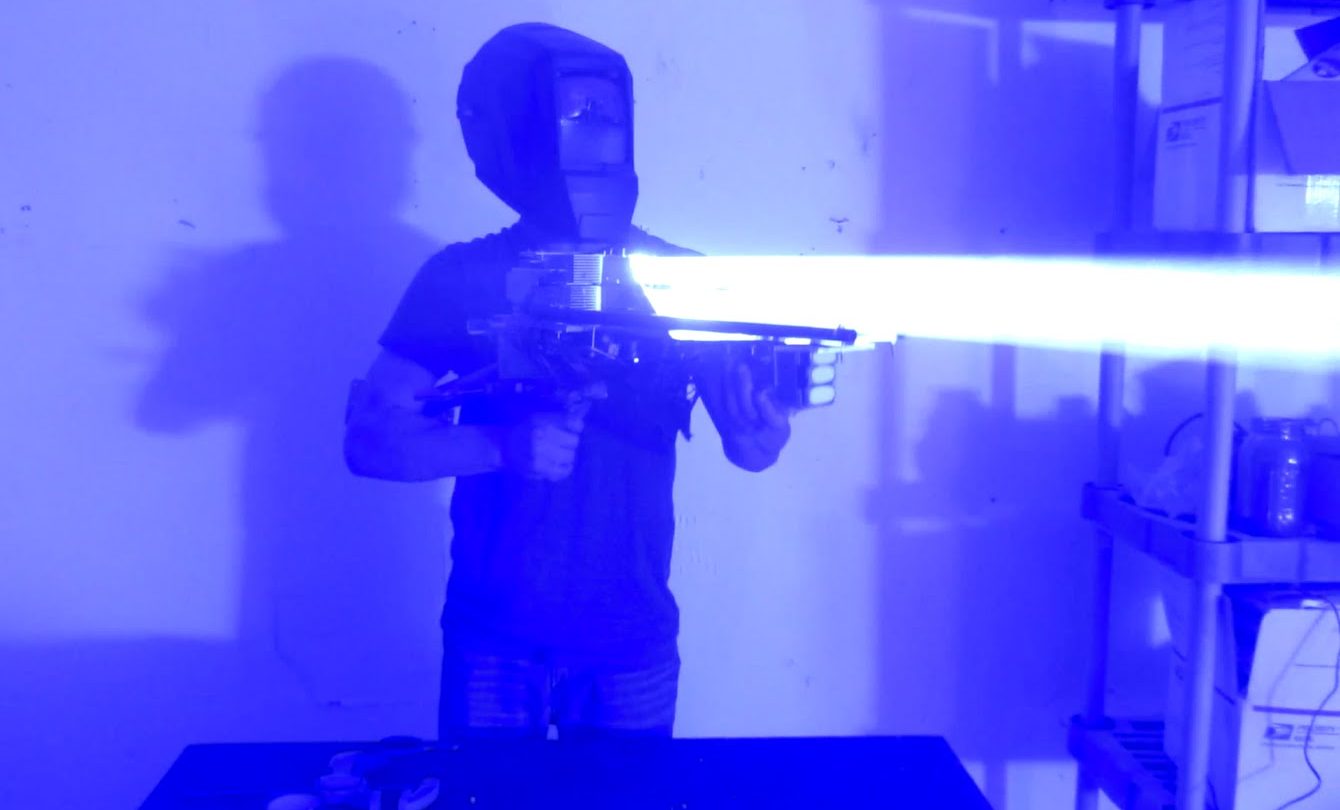 We try to feature some of the most insane, ridiculous, fantastic homemade inventions we can find on BGR on a semi-regular basis so when Engadget shared a video of a YouTuber wielding a 200-watt laser bazooka, we knew we had to see it.

SEE ALSO: It’s almost definitely too late to save our planet from catastrophic climate change

This YouTuber goes by the name of styropyro, and after scrolling through the videos on his channel, it won’t take you long to figure out why. This guy is absolutely obsessed with lasers, basing a vast majority of his inventions around them, including a laser tornado lamp, a drone with a laser and even a laser sword.

And although each and every one of those are equally amazing, this laser bazooka might take the cake. He even refers to it as his “most terrifying device yet.” In case you aren’t sure how much 200W is, a standard laser pointer comes in at 0.005W. At that wattage, the laser pointer shouldn’t do any lasting damage if it flashes across someone’s eyes momentarily.

200W is 400x higher than the HIGHEST DANGER RATING imposed by the FDA. This baby could blind you in an instant. Now that’s you’re sufficiently terrified, let’s see how this laser-crazed madman handles it:

If you watched the video, you probably heard styropyro say that he believes that the device could very well be the most powerful portable laser ever built by a hobbyist. Now excuse me while I go lie down in a dark room.