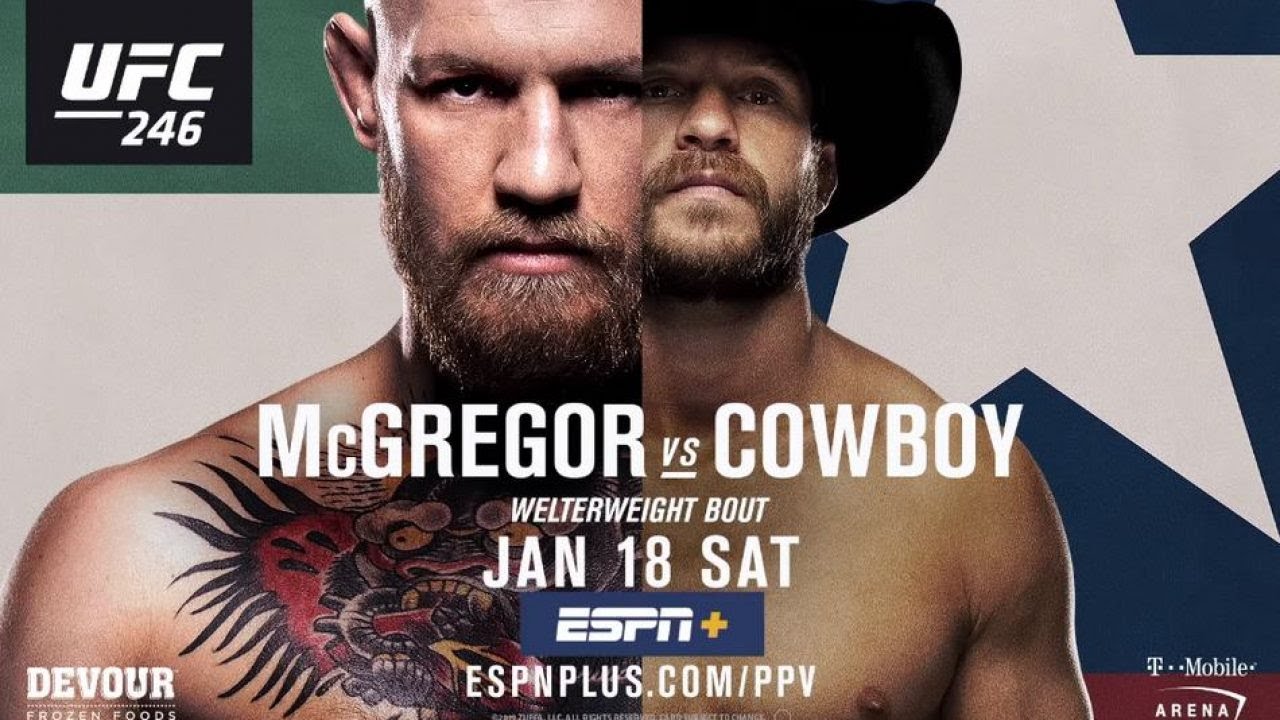 You’ll only be able to see the latest “fight of the decade” when you purchase it with ESPN+. This UFC PPV gives you not only the first ever Irish UFC champion taking on a formidable foe in his first PPV main event, but also a ton of other compelling clashes. Also on the main card is former Women’s Bantamweight champion Holly Holm battling Raquel Pennington and a bout between former Men’s Lightweight champion Anthony Pettis and challenger Carlos Diego Ferreira. You’ll also see Aleksei Olenik and Maurice Greene in a Heavyweight clash and Claudia Gadelha taking on Alexa Grasso in a Women’s Stramweight showdown.

In his first fight since losing to Khabib Nurmagomedov in October 2018, McGregor is looking to return to the ring with a vengeance. His record speaks for itself, as he is the first UFC fighter in history to hold two different titles at the same time and the first to receive a $1 million fight purse. People want to see “The Notorious MMA” as he holds the UFC PPV record for most buys, thanks in large part to his brash personality and skills to back it up. He’s also not afraid to fight anyone, as he famously took on Floyd Mayweather in 2017 in a boxing match, the second most watched PPV match ever.

You can get the party started by checking out the early preliminary events starting at 6:15 PM ET on ESPN+ and then, at 8 PM ET, the prelims start on . The early prelims feature Camur/Ledet, Elliott/Askarov, Kelleher/Osbourne and Mazo/Aldrich, while the prelims have bouts featuring Modafferi/Barber, Fili/Yusuff, Dober/Haqparast and Skelly/Dawson. All of this is getting you ready for the UFC PPV main card beginning at 10 PM ET only on ESPN+.

If you don’t want to miss any of McGregor’s possibly triumphant return to the Octagon or maybe Cowboy Cerrone’s biggest win to date, make sure you have your ESPN+ account ready to go. Purchasing this PPV event as well as an ESPN+ annual pass will only cost you $84.98, saving you over 25% on your pass. You’ll get unmatched UFC content with this set up, so you’re never missing the best fighters in the world putting their talents on display.