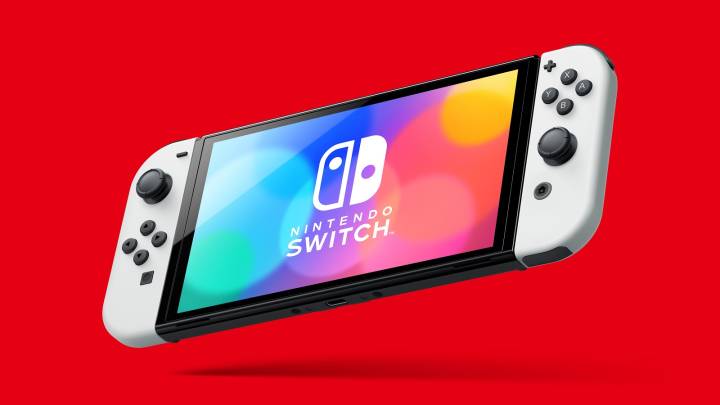 Did you know there’s a new-ish version of the amazingly popular Nintendo Switch console with better battery life? We’re not talking about the new OLED model that was just announced last month. We mean the HAC-001(-01) that still sells out constantly after all this time. Incredibly, it happens to be in stock and ready to ship out right now over at Amazon. If you already have a Switch though, there are also so many Nintendo Switch accessories on Amazon that you need to check out.

The battery life on the original Switch wasn’t terrible or anything to begin with. But Nintendo decided to give it a little boost anyway. Of course, it goes without saying that no one will ever complain about getting more battery life. Despite the newer model with slightly better battery life, there’s no such thing as “enough battery life” when it comes to the Switch and there never will be. Tired of seeing your battery start to die right in the middle of your gaming sessions? We’ve got just the thing. Check out the BigBlue 10,000 mAh Battery Charger Case and Kickstand for Nintendo Switch while it’s discounted on Amazon. You can add more than 10 hours of additional battery life to your Switch per charge! 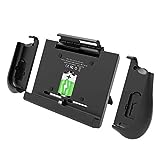 One of the best Nintendo Switch accessories on Amazon

The Nintendo Switch video game console is actually in stock right now at Amazon. Seriously! Not only that, but there are actually two different versions that are in stock at the normal $299 retail price. The Nintendo Switch with Gray Joy-Con and the special Nintendo Switch Animal Crossing: New Horizons Edition are both ready to ship. Of course, there’s no telling how much longer this will be the case. They both sell out constantly, after all.

Nintendo’s Switch console is still insanely popular right now as people continue seeking out safe activities during the pandemic. If you’re in search of a Switch, definitely snag one now before they sell out again. And regardless of whether you’re buying one today or you’ve had your Switch for years, there’s a must-have accessory on Amazon that you should definitely check out.

The BigBlue 10,000 mAh Battery Charger Case and Kickstand for Nintendo Switch is quite possibly the single most important Switch accessory out there. First and obviously most importantly, it adds a massive 10,000 mAh extra battery to your switch. That’s tons of extra power that the manufacturer says can fuel up to 10 hours of gameplay. On top of that, there’s a built-in kickstand so you can detect your Joy-Con and game on the go without worrying about snapping off Nintendo’s flimsy stand. And finally, this case adds some great protection to your Switch and controllers to protect against scuffs and scratches.

The BGR Deals team has seen this great Switch accessory sell for as much as $50, and it’s honestly worth every penny at that price. Thanks to a new lower retail price, you can snag one today for under $40. That’s a steal for one of the best Nintendo Switch accessories on Amazon!

Also of note, there’s one more Switch accessory deal you should definitely check out. Hurry and you can snag a SanDisk 128GB MicroSDXC with Nintendo Switch Online 12-Month Membership bundle for 20% off. That’s just $44!

Here are some important details: