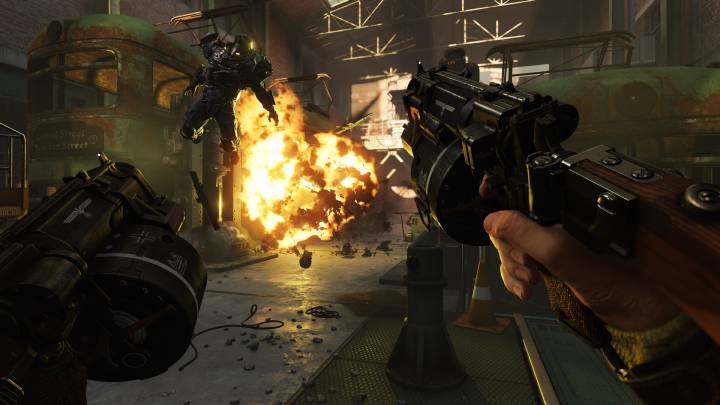 Earlier this week, Steam kicked off its latest seasonal sale with discounts on literally thousands of PC games across a wide range of genres. We highlighted some of the best sales we could find on the front page of Steam yesterday, but now that shoppers have had time to sort through everything the digital storefront has to offer, we thought it would be a good idea to check back in and see which games are selling the best after a couple of days.

Unsurprisingly, of the top ten best-sellers on Black Friday, six came out in 2017. In fact, some are just a couple months or even a few weeks old, which makes it hard to pass up a 50% discount, as is the case for both Wolfenstein II: The New Colossus and Ghost Recon Wildlands. And despite its age, GTA V has made the list once again, as $30 is about as cheap as the game will be as long as everyone keeps buying it every year.

It’s worth scrolling through the front page every day to see the highlighted deals (because scrolling through 6,000+ deals would be quite a chore), but these are the ten games have sold the best since the sale began:

Remember, the sale lasts until November 28th at 10 AM PT, so you still have all weekend to decide what to buy.