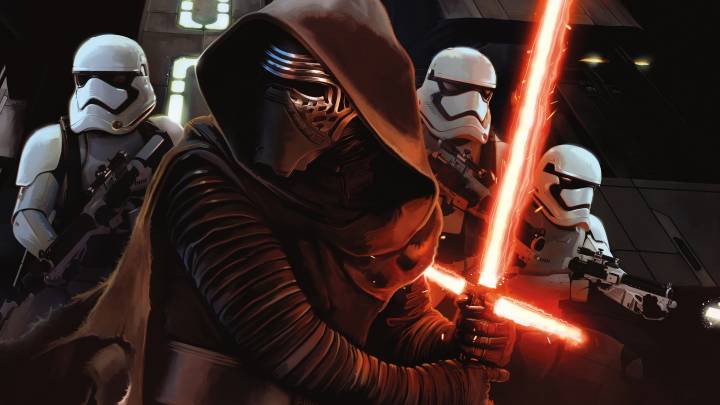 Star Wars fans, the moment you’ve been anxiously awaiting for months has almost arrived. Star Wars: The Force Awakens is about to be released on Blu-ray, giving fans everywhere the opportunity to rewatch this cinematic masterpiece in stunning high definition again, and again, and again, and again. You’ll pick up on countless things you missed in the theater, and you’ll also get access to special features that obviously weren’t available previously.

But wait… we have even better news, and you might want to sit down for this: The Blu-ray won’t start shipping until April 5, but we’re going to tell you how you can stream Star Wars: The Force Awakens beginning tomorrow, Friday April 1.

No, ladies and gentlemen, this is NOT some sick, twisted April Fool’s Day joke. We would never toy with your emotions like that. Beginning on April 1, you can start streaming Star Wars: The Force Awakens legally to any or all of your TVs, computers, tablets and smartphones.

The Star Wars: The Force Awakens Blu-ray is available for pre-order right now, and orders will be delivered starting on Tuesday, April 5, which is the same day the movie hits store shelves. But if you pre-order the digital streaming version from Amazon Video at this link, you’ll be able to start streaming the movie on Friday.

Whether you pre-order Star Wars: The Force Awakens on Blue-ray for delivery on April 5 or you pre-order the digital version and start streaming it tomorrow, you’ll pay $17.99 on Amazon which is lower than the $19.99 in-store price. Both versions also come with bonus features, so you won’t miss out on any of the action either way.