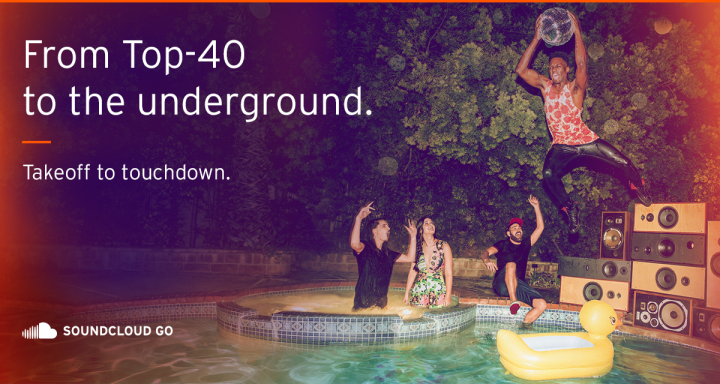 Back in March, audio streaming site SoundCloud launched a subscription service called SoundCloud Go. By paying $9.99 a month, subscribers are able to listen to all 135+ million tracks on SoundCloud without ever hearing a single ad. They also have the ability to download any song, album or playlist for offline listening.

Although the monthly subscription typically costs $9.99, from now until Monday, new members can sign up for 3 months of service for just $1.

In celebration of Black Friday and Cyber Monday, SoundCloud is giving everyone the opportunity to try SoundCloud Go for a significantly discounted price. As is the case with most promotions like this, you’ll need to be a first-time subscriber to the service in order to take advantage of the offer.

Also, you’re going to have to provide credit card information, which means you’ll be charged once the 90 days of the promotional period is up. If you enjoy SoundCloud Go, this shouldn’t be an issue, but everyone else should cancel before 90 days.

If you’ve never used SoundCloud, you should know going in that it’s not the same as Spotify, Apple Music or other traditional music streaming services. Instead, anyone can upload music to SoundCloud, which is why its library is so much larger than any of the other streaming services you might have tried before.

While the SoundCloud Go library might not be as tempting as Apple Music’s, the sheer volume of interesting music and audio to discover on SoundCloud is worth a buck and a few months of your time.