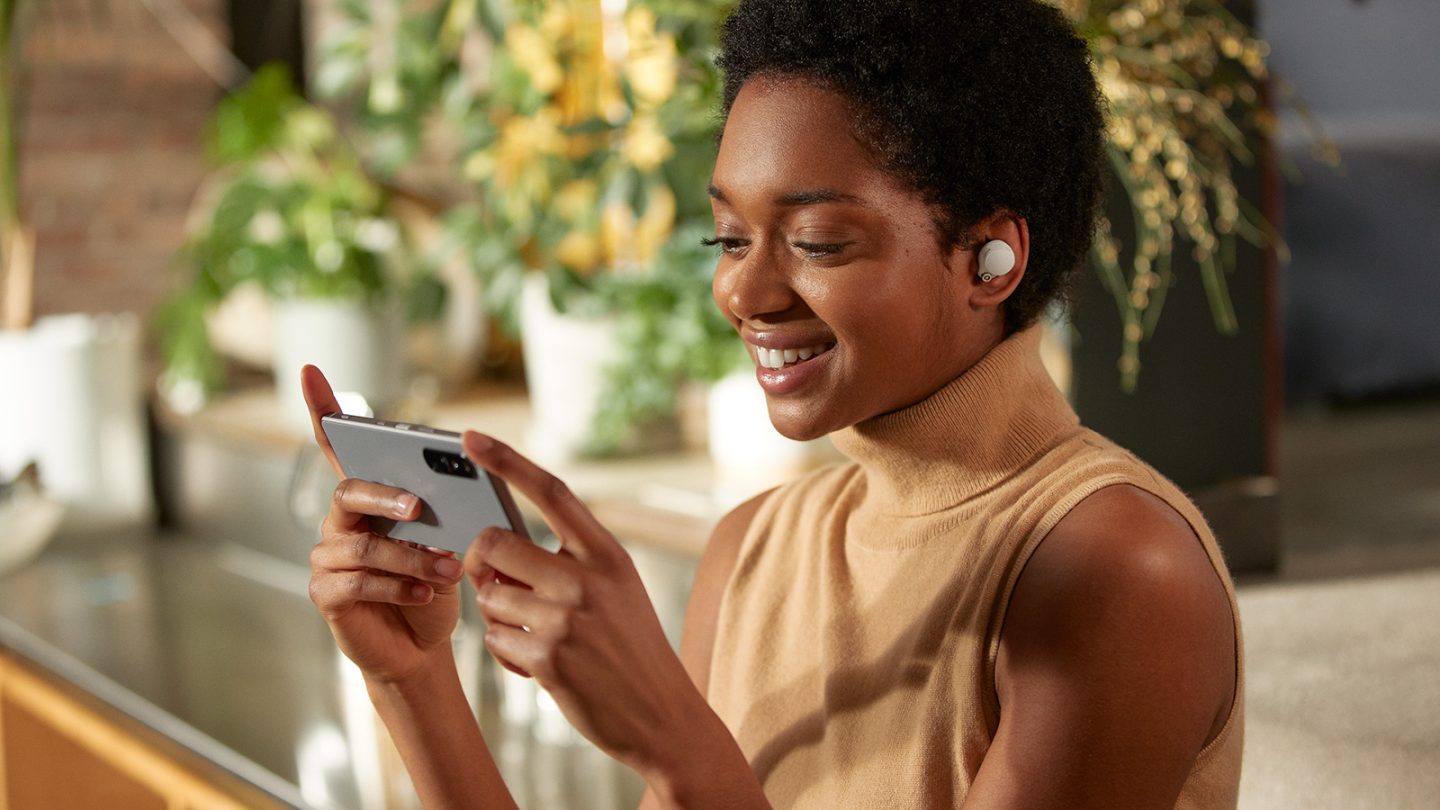 The fact that everyone and their grandmothers knew that the Sony WF-1000XM4 Truly Wireless Noise Cancelling Earbuds announcement was imminent doesn’t make it any less exciting. In fact, despite all the leaks and rumors that we’ve been seeing trickle out over the past few weeks, these new Sony earphones are somehow even more exciting than we thought they were going to be!

Sony on Tuesday made its hot new WF-1000XM4 ANC earbuds official. And just like the Sony WH-1000XM4 over-ear ANC headphones ($52 off at Amazon!) that were released last year, the new XM4 version of Sony’s noise cancelling earbuds somehow manage to improve upon the previous-generation model that was already staggeringly good.

Oh, and not only did Sony make its new in-ear headphones official — Sony also made them available to order beginning right now at Amazon!

Anyone who knows anything about the headphones market knows that Sony’s wireless noise cancelling headphones are widely believed to be the best in the business. By combining class-leading active noise cancellation technology with phenomenal sound quality, Sony outclasses all of its rivals. Such was the case with the company’s previous-generation WF-1000XM3 in-ear headphones, and the new Sony WF-1000XM4 Truly Wireless Noise Cancelling Earbuds upgrade features key improvements in every key area.

“Sony’s 1000X series features the best noise canceling in the industry, and these headphones have raised that bar even higher,” Sony VP Daisuke Kawaguchi said in a statement. “Sony has been revolutionizing the personal listening experience since pioneering the iconic Walkman® in 1979 and introducing the world’s first in-ear model back in 1982. Our talented team has studied and perfected sound, noise cancelling performance, and call quality over the last several decades, and the WF-1000XM4 headphones are a direct result of those extensive efforts.”

The WF-1000XM3 were already so impressive that it might be difficult for you to believe that Sony somehow managed to improve upon them. As we learned last year with the company’s WH-1000XM4 over-ear headphones upgrade, however, Sony never ceases to amaze when it releases upgrades to its class-leading ANC headphones.

The new Sony WF-1000XM4 Truly Wireless Noise Cancelling Earbuds are available to order beginning right now at Amazon. They retail for $279.99, which prices them a bit higher than the previous-generation model that retails for $230 and is currently on sale at Amazon for $178.

You already know that these are going to be the hottest new ANC earphones on the planet, but here are some more key takeaways to keep in mind: