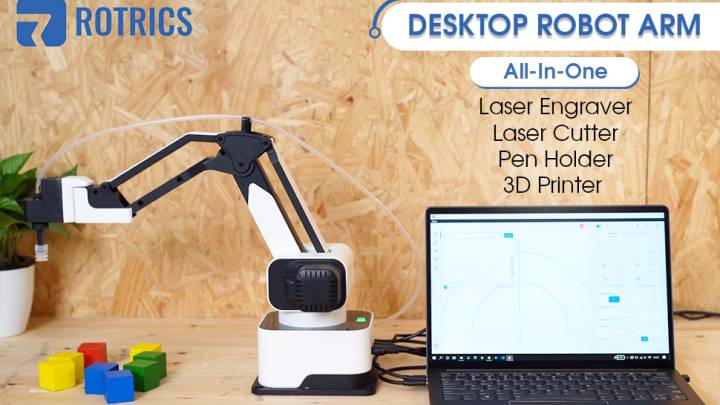 We still have a long way to go before we realize the dream and have robot assistants like the Jetsons that can tackle anything and everything we throw their way. That said, there are already some pretty awesome robots out there to do our bidding. Personally, I have three types of robots that I rely on to handle chores in and around my house.

First and foremost, I have multiple robot vacuum cleaners to take care of regular vacuuming on different floors of my home. There are so many great models out there, but I personally use the Ecovacs Deebot N8 Pro+ and the Deebot Ecovacs Deebot Ozmo T8 AIVI because they’re awesome models with plenty of power and great features. Most importantly, they empty themselves when they’re done vacuuming so I can ignore them entirely for months at a time. If you want something similar that doesn’t cost quite as much, the Roomba i3+ and Shark IQ are both discounted right now at Amazon.

Next, I have a WORX WR140 Landroid M robot lawnmower that takes care of my backyard so I don’t have to. Mowing is definitely a pain in the butt, so this little gadget is probably one of my favorite smart devices that I own. Then, on top of that, a recent addition to my robot arsenal is the Tertill garden-weeding robot. That’s right… I don’t ever have to worry about weeding again because the Tertill does it for me. Plus, it’s solar-powered so it never needs to be recharged!

Those are all awesome gadgets indeed, and I can’t imagine life without any of them at this point. But there’s another robotic gadget I’ve had my eye on lately, and it’s only a matter of time before I cave in and get one. It’s called the Rotrics Dexarm All-in-one Desktop Robot Arm, and I seriously need one in my life.

This crazy device sits on your desk and depending on which model you get, it can handle all sorts of tasks. Yes, it can grab things and hold onto them to serve as an assistant of sorts, but the other functions are WAY cooler. This little puppy can write, it can draw, it can 3D print out of plastic or wood, and it can even shoot a laser that lets you laser engrave anything you want. How cool is that?!

Check out this video to see it in action:

The entry-level model sells for $799.99 and it only includes the holder module, but Amazon currently has a coupon you can clip to drop the price to $719.96. Then there’s the Dexarm Maker version that comes with the holder module, a #D printer module, and a laser engraver module for $899.99. And finally, the Dexarm Luxury model includes all those modules plus a pneumatic “softgripper” and a pneumatic suction cup module for $999.99. Or, if you want to try out something similar without having to make such a large investment, you can check out the xArm 6DOF Programmable Robotic Arm for $199.99. 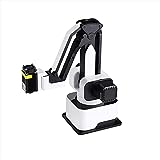 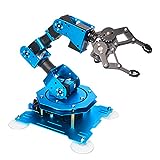 $183.99
Available from Amazon BGR may receive a commission

Here’s what you need to know about this awesome device:

$183.99
Available from Amazon BGR may receive a commission