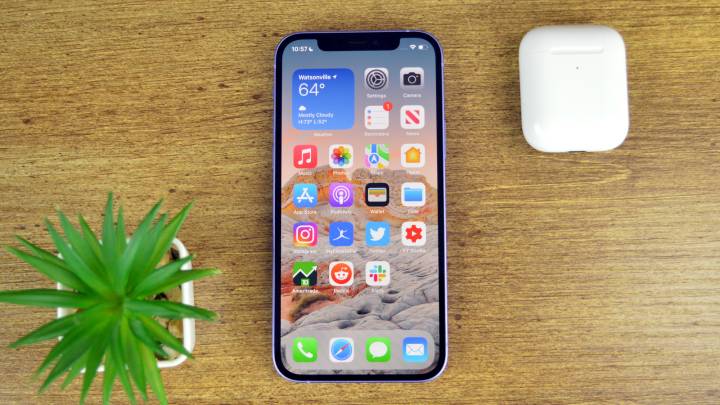 Anyone who has ever tried a phone from Apple’s iPhone 12 lineup will tell you the same thing. The iPhone 12 series is by far Apple’s best iPhone series yet. The new design harkens back to Apple’s iPhone 4 and iPhone 5, which everyone loved so much. Also, the new flat edges help set Apple’s iPhones apart from all the Android smartphones out there. Of course, there is one problem with Apple’s iPhone 12 phones: they’re very expensive. That’s one of the reasons taking advantage of a renewed iPhone 12 on Amazon is always a good idea.

Getting a new smartphone from your carrier might seem appealing because you can pay for your phone over time. But you end up paying the full price over time anyway. And what if you want to switch carriers? You’ll be forced to pay off the balance of your smartphone. Then, you’ll have to jump through hoops to unlock it.

By getting a renewed iPhone 12 on Amazon, you end up saving money in the long run. On top of that, factory unlocked models are available. That means if you ever switch carriers, all you need to do is pop out your old SIM and pop in the new one. This is especially pertinent now since so many people are realizing the benefits of MVNOs. Why pay so much for Verizon or AT&T service when you get the same network with an MVNO for half price?

Amazon has some terrific deals right now on renewed iPhones. Prices start at just $589.99 for a renewed iPhone 12 mini 64GB that’s factory unlocked. The same phone would cost you $699 if you bought it new from Apple or another retailer. If you want a renewed iPhone 12 64GB instead, you’ll pay as little as $693.99 for an unlocked model. Again, you’re saving more than $100 compared to the phone’s $799 retail price. And finally, Amazon is shaving $35 off the renewed iPhone 12 Pro.

Amazon has other renewed iPhone models, too. Believe it or not, you can get a factory unlocked iPhone for as little as $169, depending on which model you want. Definitely check out these great deals. The only bad news is that renewed phones are always in short supply. That means if you don’t hurry, you could miss out.