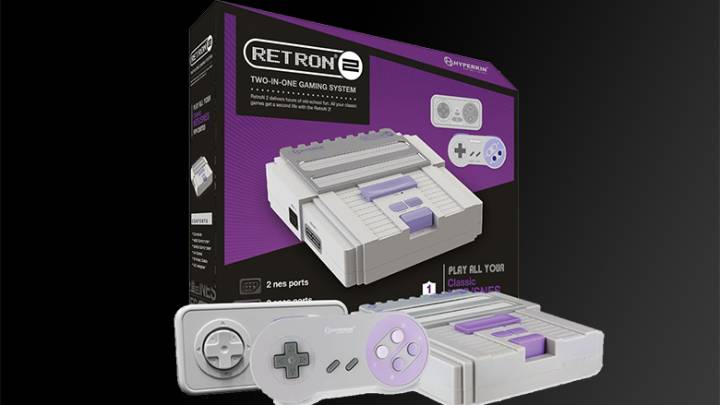 We’ve told you about the Hyperkin RetroN 1 Gaming Console for NES on several occasions. At just $24, this little retro console is so much better than the now-discontinued NES Classic Edition. Why? Because instead of shipping with just a handful of pre-loaded games, it can play every single NES game out there since it’s compatible with Nintendo’s old cartridges.

Well, guess what: there’s a newer retro console out there that’s even better. As the name might suggest, the Hyperkin RetroN 2 Gaming Console for SNES/NES is capable of playing every NES cartridge out there as well as every SNES cartridge on the planet! The Nintendo Switch is still impossible to find unless you want to pay a premium and order one on Amazon, so grab one of Hyperkin’s awesome retro consoles instead.

Here are a few quick notes from the product page:

The console comes with one NES controller and one SNES controller, but here are a couple of links if you want more: