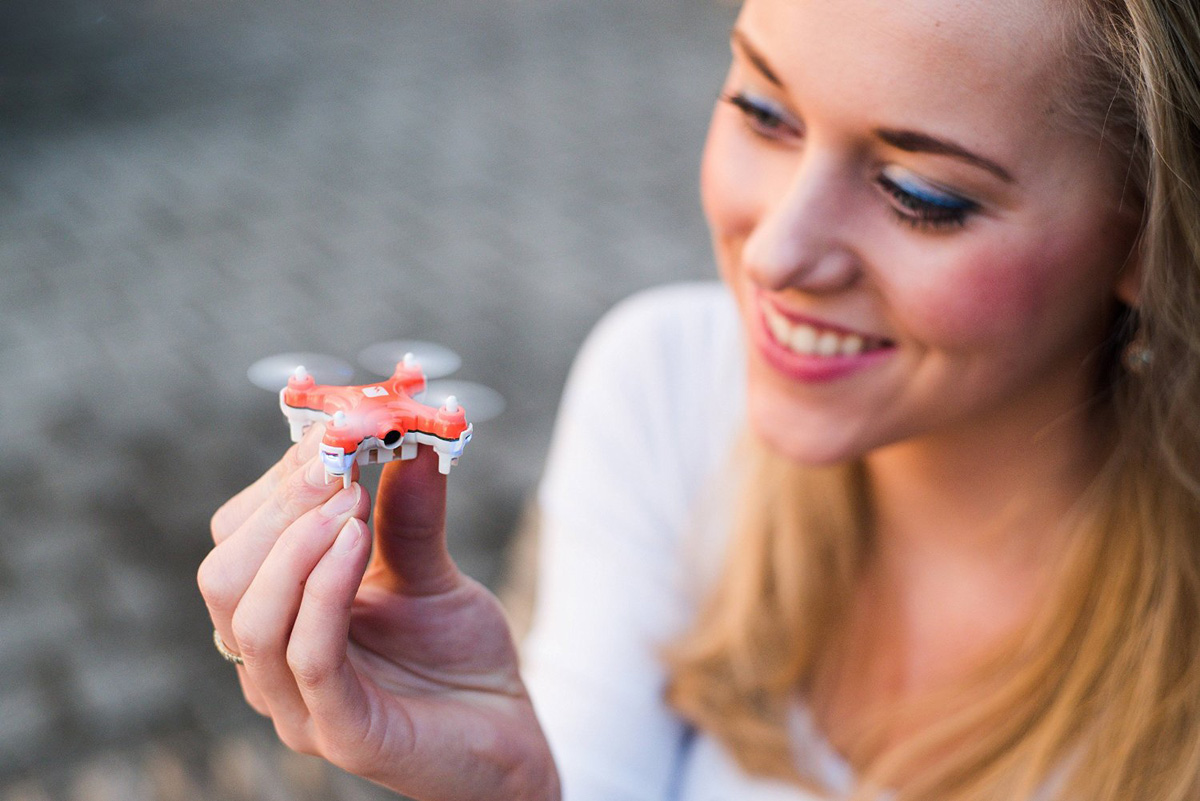 When you first lay eyes on the camera-equipped SKEYE Nano Drone, it’s beyond obvious that this is one of the smallest quadcopter “drones” in the world. What is less obvious however, is just how much fun this thing is to play with.

I’ve been a drone skeptic for a long time and I’ve tried my fair share of remote-controlled quadcopters. I always found them to be a whole lot of fun… for about 10 or 15 minutes. After that you’re basically playing with an RC car that just so happens to hover around in the air instead of drive around on the floor — unless you’re talking about commercial-quality drones, of course.

But for some reason, I just can’t seem to stop playing with the Nano Drone.

First things first: this little guy is tiny. Insanely tiny. Measuring just over 1.5 inches in diameter, this is by far the smallest camera-equipped drone we’ve ever laid eyes on.

Controlling the Nano Drone is surprisingly simple with the included remote, and it has a shockingly long range of about 160 feet. Also of note, it has three different flying modes — beginner, mid-level or expert. I’m somewhat ashamed to admit that despite having played with this thing for several hours so far, I still have a little trouble in expert mode, which makes the remote very sensitive so you have more control over the drone. Of course, that means it’s also easier to make a mistake, so I generally stick to the mid-level setting.

Using it without expert mode enabled is beyond easy though. Just toss it in the air and you’re off. The drone performs tricks like flips and rolls that are surprisingly simple to pull off, and the built-in camera lets you film the entire time. It’s only a 0.3 megapixel camera, but it’s pretty decent for something so amazingly small. There’s also a 2GB microSD card included to store all the action recorded by the drone.

The camera-equipped SKEYE Nano Drone certainly isn’t a replacement for a professional grade drone like the DJI Phantom 3, but it’s actually a whole lot more fun than most of the larger recreational quadcopters I’ve tried. And best of all, it’s only $69.00 shipped.