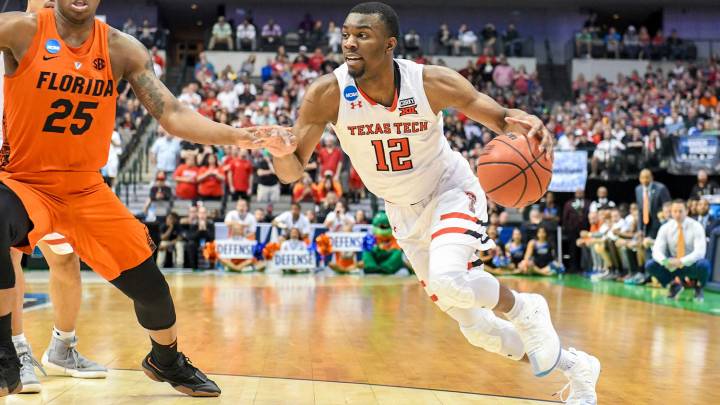 March Madness 2019 is now officially underway, and that means two things. First, it means you get to sit there and watch helplessly as your bracket is obliterated. Second, it means you’ll find a bunch of great deals out there from restaurants and sports bars, as well as leading consumer electronics retailers who know how badly you want to watch all the games on a brand new 4K TV.

Below, you’ll find all the best March Madness 2019 deals from around the country, as compiled by Offers.com. The company scoured the web to come up with the list, and you’ll find plenty of popular restaurant chains and/or sports bars in your area to choose from. But before all that, you’ll find a few links to the best 4K TV deals from Amazon, Best Buy, and Walmart. We know you can’t watch all the games at a restaurant or a sports bar, so we’ve got you covered.

Abuelo’s: In honor of March Madness, Abuelo’s is offering delivery from March 18 through April 8.

Bertucci’s: This year, enjoy three different Courtside Deals, starting at $29.99. The largest option serves up to 10, and all packages feature a combination of pizza, wings and rolls. See all configurations here.

Blackjack Pizza: Enjoy several specials, including two medium one-topping pizzas for $11.99 with this code and the XL Family Deal for $29.99 (includes two XL two-topping pizzas, CheeseBread or CinnaBread and a 2-liter soda) with this coupon.

Champps: All March long, get $5 Jameson shots, $5 Sam Adams Lager and $7 Lucky Maiden cocktails, as well as other drink specials. Plus, text the day’s code (revealed in stores every game day, printed at the bottom of your receipt) for a chance to win $100. See details.

Dickey’s Barbecue Pit: Get $5 off Dickey’s Packs (Picnic, Family or XL size). Plus, get two 2-Meat Plates for $22 total. These plates include your choice of two slow-smoked meats, two savory sides and a buttery roll. See details.

Domino’s: March 18 to 24, kick off March Madness with 50% off all menu-priced pizzas ordered online.

Firehouse Subs: Use this printable coupon to get $10 off $100 catering orders through April 8.

Fox and Hound: Join the March Bracket Challenge for a chance to win prizes such as a 65-inch Samsung curved TV. The bracket is live March 17 at 6 p.m. ET until March 21 at 11:30 a.m. ET. Plus, you have the chance of winning $100 every game day when you text in a code. See details.

GoPuff: The convenience store delivery app goPuff is offering a couple promotions during March Madness. For every Proctor & Gamble product you order between March 18 and 28, you’ll automatically be entered for a chance to win Final Four championship game tickets. Plus, goPuff is running its own March Madness-style brackets for treats, pitting game-viewing favorites like M&Ms and Peanut Butter M&Ms against each other. Put a face-off item in your cart, and it’s free.

Hickory Tavern Bracket: Enter the $1,000,000 bracket challenge for a chance at a variety of prizes. See details.

Hurricane Grill & Wings: During the Burger Madness promo, try a limited-time lineup of four new burgers, including The Stinger, the Hangover, The Shipwreck and the Mac Daddy. Plus, with the Monday special, you can get all-you-can-eat wings for $15.99 from 5 p.m. to 9 p.m.

Little Caesars: For a limited time, use this promo code to get a free 2-liter soda with purchase of any pizza via the app.

Metro Diner: Through March 31, get $25 off your first Metro Diner catering order of $100 or more when you order online (weekdays only) with promo code WINTER2019.

Finally, take advantage of the Deal of the Month for March, which features an Any Way You Want It pizza (up to three toppings) or specialty pizza with two 32-oz. drinks or half gallon of iced tea.

Wendy’s: Buy a cold large beverage during the promotion period (through April 8) and peel off the attached game piece for a chance to win a trip to the Final Four, a $5 Wendy’s app credit and other prizes. Plus, through March 31, get a $1 Jr. Bacon Cheeseburger with any purchase online or via the app.

Wing Zone: The March Madness Slam Dunk specials include 20 boneless wings for $17.99 and 10 hand-breaded tenders for $16.99. Plus, register for the Wing Zone Bracket Challenge for a chance to win prizes such as an Apple TV, Pepsi Bicycle, cash and more. See details.