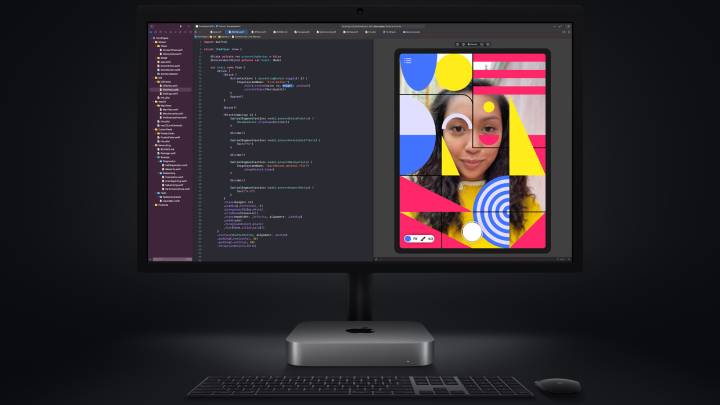 Apple’s stunning new M1 iMac is finally available to order on Amazon and despite the fact that it’s the most powerful iMac ever, prices start at just $1,299. Considering the specs and performance you get with this killer all-in-one desktop computer, that price is actually quite reasonable. Of course, if you want the most powerful new M1 iMac model you’re going to need to spend at least $1,699, so things get pricey pretty quickly. Luckily, the iMac isn’t the only computer powered by Apple’s incredible new in-house chipset.

Three new Mac computers were released by Apple late last year that all pack the groundbreaking new M1 processor. The M1 MacBook Pro has been on sale for a while now at Amazon, and you can still save a whopping $150 on the 256GB version or the 512GB model. Those deals both match all-time low prices, so you really can’t go wrong with either option. But if you’re looking for a desktop instead of a laptop and you don’t need the all-in-one form factor from the iMac, you can get the same lightning-fast performance at a fraction of the price.

Amazon is currently discounting Apple’s white-hot M1 Mac mini with 256GB of storage by $30. On top of that, a hidden deal shaves a whopping $100 off the model with 512GB of SSD storage!

There is really no question whatsoever that Apple blew people’s minds late last year when it unveiled its new M1 chipset and the three new Mac computers it powers. If you really think about it, nearly every last detail surrounding the iPhone 12 leaked long before Apple’s launch event, so the M1 unveiling might have been Apple’s most exciting event of 2020.

The next-gen M1 MacBook Pro has been on sale at a discount for a while over at Amazon, and you can still save a whopping $150 on either size if you grab one today. But now, in addition to that fantastic deal, you can also save a bunch of money on Apple’s most compact M1-powered desktop computer. We’re obviously talking about the M1 Mac mini, and both storage options are currently on sale at Amazon.

Amazon has been discounting the new Mac mini with 256GB of SSD storage for a while now, though $30 off is the best you can hope to get. Is that really enough storage for you though? The larger 512GB capacity model is a bit more expensive thanks to its $899 retail price, but Amazon is offering an incredible hidden deal if you pick one up today. A $30 discount and an extra $70 taken off at checkout combine to slash this phenomenal desktop computer to just $799.99. That’s the lowest price ever for this model!

There’s no telling when Amazon plans to close the door on this special sale, so definitely get in on the action before it’s too late.

Here are the most important details: