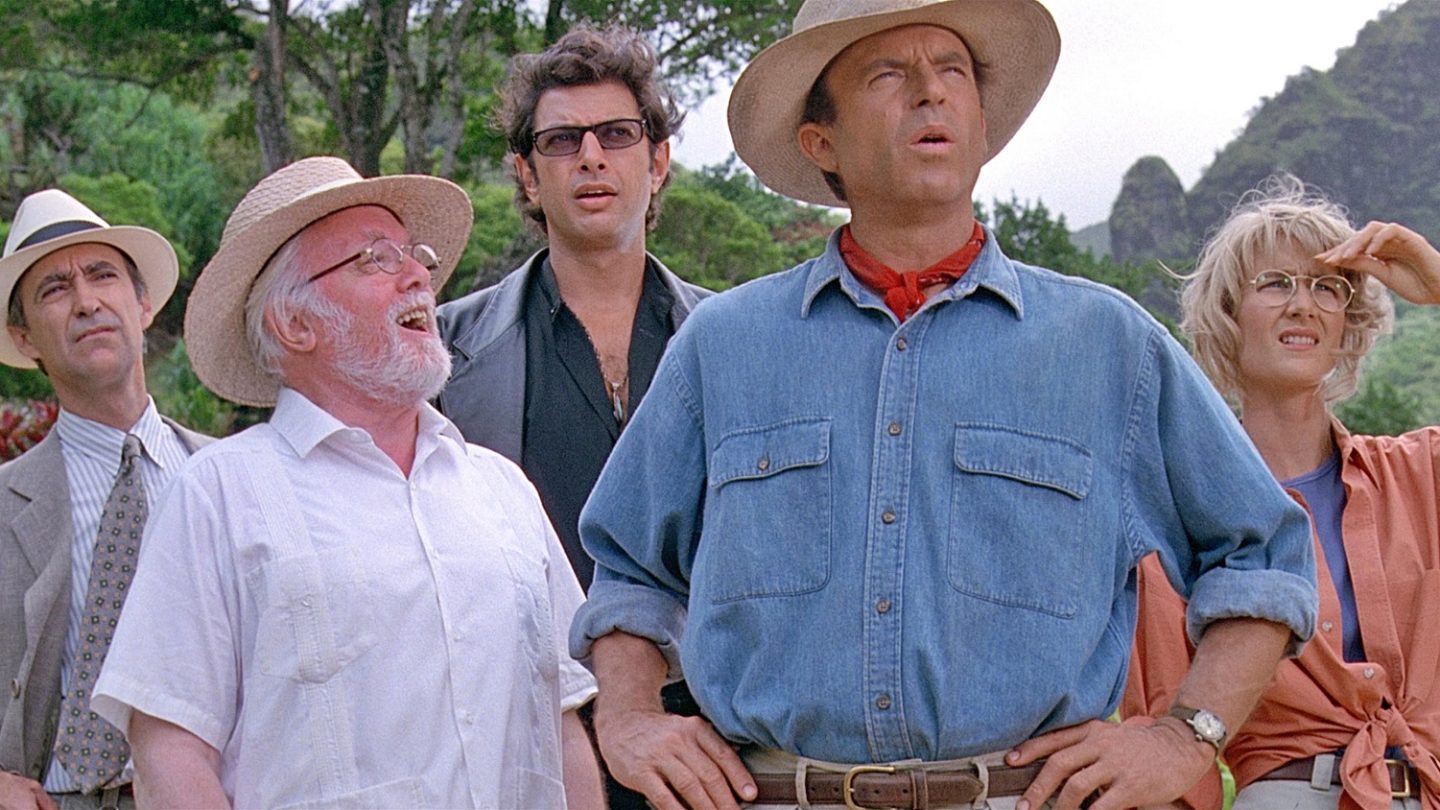 There’s no denying that the Jurassic Park and Jurassic World film franchise is wildly entertaining, and now you have a rare opportunity to score every single movie in the franchise on Blu-ray for a surprisingly low price. Seriously, you’re basically getting five great movies for the price of one! The Jurassic World 5-Movie Collection on Blu-Ray and Digital has a retail price of $55, which is already a crazy value. For one day only on Monday, however, you’ll get the whole set for $22.99!

Here’s the key info from the Amazon page:

Jurassic Park (1993)
Experience one of the biggest films in motion picture history with director Steven Spielberg’s ultimate thrill ride, Jurassic Park. Featuring visual effects and groundbreaking filmmaking that has been hailed as ‘a triumph of special effects artistry’ (Roger Ebert, Chicago Sun-Times), this epic film is sheer movie-making magic that was 65 million years in the making. Jurassic Park takes you to an amazing theme park on a remote island where dinosaurs once again roam the earth and five people must battle to survive among the prehistoric predators. Starring Sam Neill, Laura Dern, Jeff Goldblum and Richard Attenborough, discover the breathtaking adventure you will want to experience again and again.

The Lost World: Jurassic Park (1997)
Director Steven Spielberg takes us back to the scene of Jurassic Park in The Lost World: Jurassic Park, the blockbuster sequel with even more dinosaurs, action and Academy Award nominated visual effects. Four years since the disaster at Jurassic Park, two groups are in a race against time that will determine the fate of the remote island’s prehistoric inhabitants. Featuring an all-star cast including Jeff Goldblum, Julianne Moore, Vince Vaughn and Pete Postlethwaite, this action-packed thrill ride will leave you on the edge of your seat again!

Jurassic Park III (2001)
Return to the action-packed world of prehistoric dinosaurs in Jurassic Park III where man is up against dangerous predators in the ultimate battle for survival. Adventure runs wild when renowned paleontologist Dr. Alan Grant (Sam Neill) agrees to accompany a wealthy couple (William H. Macy and Téa Leoni) on an aerial tour of Isla Sorna, InGen’s former breeding ground for prehistoric creatures. After they are terrifyingly stranded, Dr. Grant soon discovers that his hosts are not what they seem and the island’s native inhabitants are smarter, faster, fiercer and more brutal than he ever imagined. Executive produced by Steven Spielberg, this visually stunning blockbuster features all-new dinosaurs and special effects that you need to see to believe.

Jurassic World (2015)
The Jurassic World theme park lets guests experience the thrill of witnessing actual dinosaurs, but something ferocious lurks behind the park’s attractions – a genetically modified dinosaur with savage capabilities. When the massive creature escapes, chaos erupts across the island. Now it’s up to Owen (Chris Pratt) and Claire (Bryce Dallas Howard) to save the park’s tourists from an all-out prehistoric assault.

Jurassic World: Fallen Kingdom (2018)
It’s been three years since theme park and luxury resort, Jurassic World was destroyed by dinosaurs out of containment. Isla Nublar now sits abandoned by humans while the surviving dinosaurs fend for themselves in the jungles. When the island’s dormant volcano begins roaring to life, Owen (Chris Pratt) and Claire (Bryce Dallas Howard) mount a campaign to rescue the remaining dinosaurs from this extinction-level event.