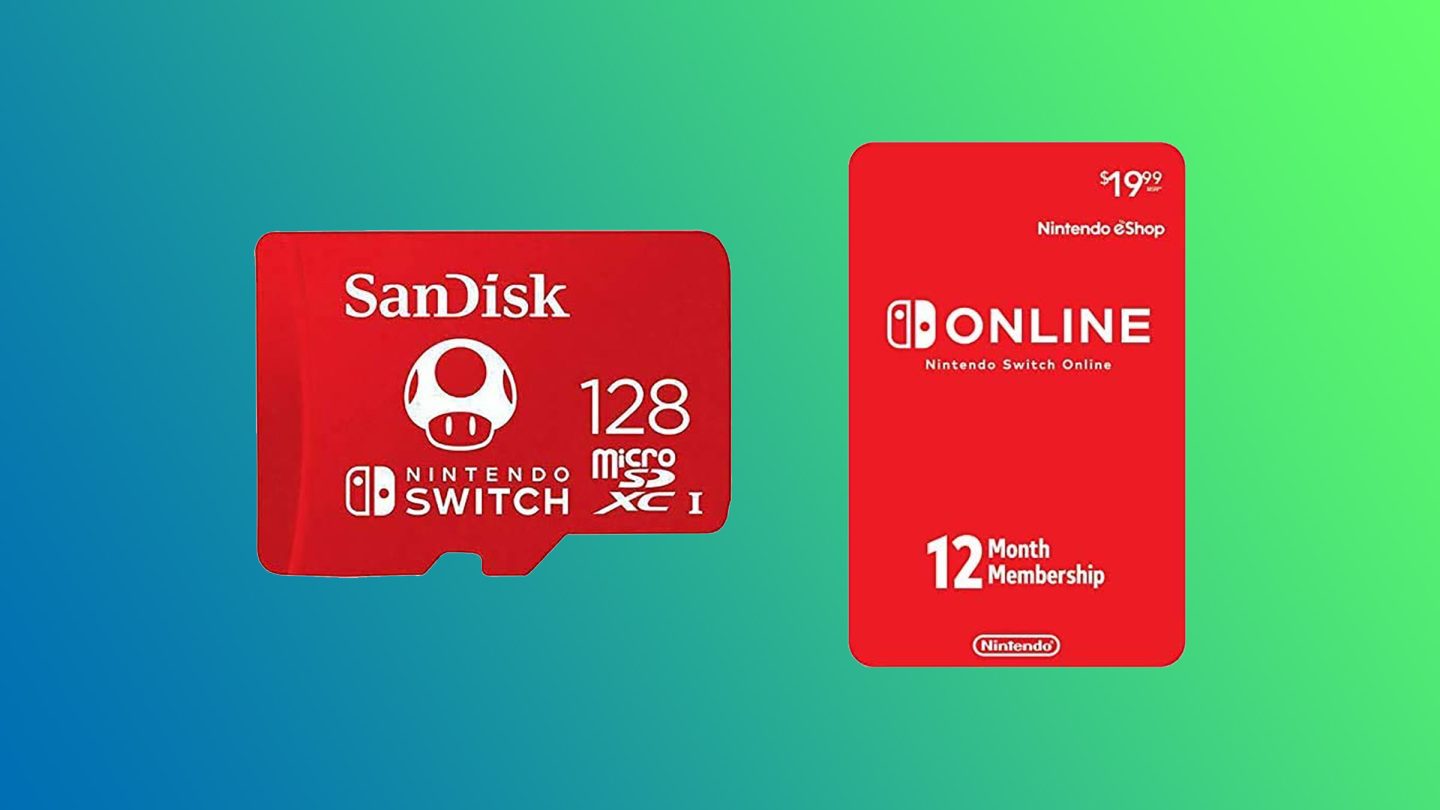 Nintendo recently released a brand new version of its insanely popular Nintendo Switch video game console. But whether or not you plan to buy one, there are some Nintendo Switch Amazon deals you definitely need to check out.

We can’t even count how many reports we had seen about an imminent “Nintendo Switch Pro” launch. But when the new model finally made its debut, there was nothing “Pro” about it. Instead, the new Switch is called “Nintendo Switch (OLED Model)“.

That’s a name that doesn’t exactly roll off the tongue, but it’s a sleek update nevertheless. And believe it or not, the Nintendo Switch OLED is in stock right now and ready to ship out today!

The upgraded OLED Switch has a nifty new display and an upgraded kickstand. But the rest of the specs are exactly the same as the regular Switch model.

In other words, set your sights on Nintendo Switch Amazon deals instead of the new model. Unless there’s something wrong with your older Switch console, there isn’t really much of a reason to upgrade.

Amazon has Nintendo Switch consoles in stock consoles in stock right now for $299. Truth be told, we might recommend going that route instead of coughing up $349 for the new OLED model even though the display is much better. We must admit, however, that we have both models and the screen on the new OLED version is a massive upgrade.

Additionally, whether you plan to pick up a new Switch or if you have one already, there’s one particularly awesome deal that everyone needs to check out.

When it comes to the Nintendo Switch console, there are so many great accessories out there.

You should probably pick up an extra wall charger, and more Joy-Con controllers will come in handy. Also, screen protectors and a good carrying case are both important. You can even get specialty items like $13 steering wheels for Mario Kart or tennis rackets.

Those are all nifty add-ons for the Switch, and there’s plenty more where that came from. But none of those accessories are truly must-have additions, however. You can still have tons of fun with your Switch even without any of those things.

However, there are two particular things that are absolutely paramount.

Do you want to kill two birds with one stone? Well, today is your lucky day.

Every Switch owner needs these 2 things

The former is a special version of SanDisk’s best-in-class memory card. It’s licensed and also optimized for the Nintendo Switch. Then, the latter is a 12-month subscription to Nintendo’s online service. With it, you get 100+ classic games, online multiplayer, and more.

SanDisk’s special Switch microSD retails for $35 and 12 months of Nintendo Switch Online costs $20. As you might have surmised, the bundle costs $55. Head over to Amazon right now though, and you’ll find a nice big discount.

This deal sells out practically every time we cover it, however, so you’ll need to hurry!

Of note, if you already subscribe to Nintendo Switch Online, there’s still another deal you should definitely check out.

The special SanDisk memory card for Nintendo Switch is also on sale on its own with a nice big 41% discount. After all, the best way to back up all your Nintendo Switch games is to use an officially licensed microSD card from a top brand like SanDisk.

Now, instead of cluttering up the internal storage on your switch, you can get this officially licensed microSD card from SanDisk.

At this price, you’d have to be crazy to pass up the SanDisk Switch Edition 128GB microSDXC and Nintendo Switch Online bundle. Here are some key takeaways to keep in mind if you plan to grab this awesome Nintendo Switch Amazon deal: