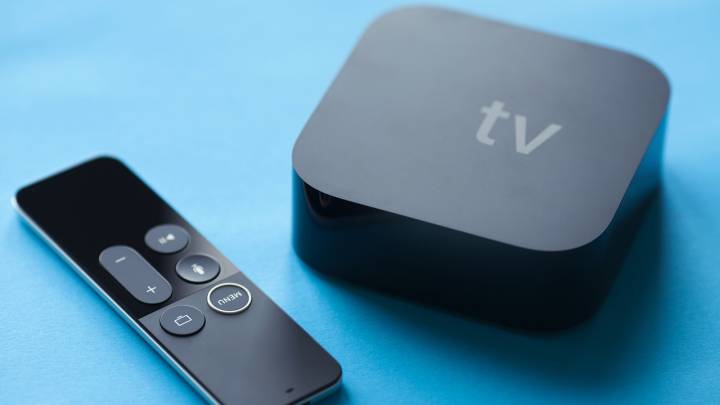 Apple finally released a new Apple TV model earlier this year, and it has the one feature we’ve all been waiting for: a new Siri remote that doesn’t stink. But wait, there’s even better news — you can get the new Siri remote on its own to use with an Apple TV model you already have! There’s just one problem though, and we’re sure you can guess what it is. Yup, the new Siri remote is way too expensive. $59 for a little tiny remote control?! It looks cool and all, but we’re going to go ahead and pass.

If you’re getting a new Apple TV 4K anyway (which is discounted right now at Amazon, by the way), then sure, the new Siri remote is an awesome added bonus. But if you already have an Apple TV that still works just fine, spending another $59 just to get rid of Apple’s God-awful previous-generation Siri remote is a pretty big kick in the pants. The good news is that there’s an awesome Apple TV replacement remote you can get instead, and it’s only $14.99 at Amazon.

Apple is known far and wide for its incredible designs. More so than any other consumer electronics company out there, Apple has shown that it considers every last detail when designing a new gadget. It goes without saying at this point that Apple sets the bar across the industry for every single one of its product categories, and the company’s rivals always copy Apple’s work. From smartphones and tablets to desktop computers, laptops, and even the Apple Watch, all of Apple’s designs are coveted and shamelessly swiped.

That’s why it’s still so astonishing to Apple fans that the company managed to create what is almost universally considered to be the single worst remote control that has ever existed. But today, we have some good news: there’s finally an Apple TV remote replacement that doesn’t stink and doesn’t cost a whopping $59.

The new AarooGo replacement remote has physical buttons for every Apple TV function except for one, and that’s the Siri button. Siri is great on the Apple TV, but we’re willing to bet every single Apple TV owner reading this right now will happily ditch Siri to get a remote that isn’t a nightmare to use. Plus, you can always use the Remote app on your iPhone if you want Siri. Aside from the mere fact that it doesn’t have a horrible touchpad, the best thing about this inexpensive little replacement remote is that it works with every single Apple TV model that has ever been made. That includes the 1st-generation Apple TV (model number A1218), 2nd-generation Apple TV (A1378), 3rd-generation Apple TV (A1427 or A1469), Apple TV HD 32GB and 64GB (A1625), and Apple TV 4K 32GB and 64GB (A1842). If you have a streaming media player with an Apple logo on it, this remote will work. 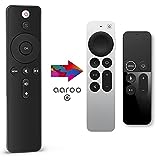