One of the great things about Delta’s co-branded rewards cards is that they can offer something all at once that a semi-frequent flyer might be hard-pressed to accumulate otherwise. We’re talking, of course, about frequent-flyer miles — or, in the case of the limited-time offer Delta just kicked off for its main cards, the sizable welcome bonuses that in a couple of instances can be as high as 80,000 bonus miles.

Through July 2, the six Delta co-branded cards that are issued by American Express which we talk about below offer an impressive range of bonus miles when certain spending requirements are met. The cards include both personal and business Delta Amex cards, and for anyone who’s been watching the increasingly frequent award sales Delta unveils but doesn’t have enough SkyMiles in your account — read on, because according to The Points Guy these are among the highest welcome bonus offers seen on the Delta cards.

Both cards waive the $95 annual fee during the first year, in addition to offering cardholders a first bag checked free on Delta flights, as well as priority boarding and 20% off of inflight purchases on Delta.

The bonus miles look all the more impressive when you consider the valuation from The Points Guy of $720 for 60,000 SkyMiles and $840 for 70,000. Meaning, the bonus — when viewed in the context of some of Delta’s recent award sales — could be enough for several round-trip domestic airfares.

One step up annual fee- and benefits-wise, the Platinum Delta SkyMiles® Credit Card from American Express has sweetened its welcome offer to 75,000 bonus miles and 5,000 Medallion Qualification Miles, or MQMs, for new cardholders who spend at least $3,000 in the first three months of card ownership. Make a Delta purchase within the first three months, and there will also be a $100 statement credit. The Platinum Delta SkyMiles® Business Credit Card from American Express, meanwhile, is offering 80,000 bonus miles and 5,000 MQMs after spending $6,000 in the first 3 months, plus a $100 statement credit after making a Delta purchase in the first 3 months.

Both versions of the Platinum Delta Amex come with a $195 annual fee that, unfortunately, can’t be waived in year one. To take some of the sting out of that fact, the cards at least offer additional benefits like an annual companion certificate that can be used for travel in the main cabin. Owning a Platinum Delta Amex also helps you rack up MQMs toward Delta elite status, with 5,000 MQMs you earn from the welcome bonus as well as 10,000 MQMs and 10,000 redeemable miles once you spend $25,000 with the card in a calendar year. Additionally, you’ll pick up another 10,000 MQMs and 10,000 redeemable miles after you spend $50,000 in a calendar year.

The top-of-the-line personal credit card in this lineup is the Delta Reserve® Credit Card from American Express. Like the Platinum Delta Amex, it comes with the possibility of earning 75,000 SkyMiles and 5,000 MQMs as long as you meet the spending requirement of $5,000 in the first three months. The Delta Reserve® for Business Credit Card from American Express, meanwhile, is offering 80,000 bonus miles and 5,000 MQMs after you spend $6,000 in the first 3 months.

Both cards come with a $450 annual fee, but with that price you get the most benefits. Things like complimentary Delta Sky Club access when you’re flying Delta, and the ability to have up to two guests accompany you at a discounted rate of only $29 per person. The Delta Reserve also offers you the ability to earn MQMs toward Delta elite status by meeting spending thresholds. Spend $30,000 with the card during a calendar year, and you’ll earn 15,000 MQMs as well as 15,000 redeemable miles. Spend $60,000 in a calendar year, and you can tack on another 15,000 in both of those categories.

While it’s true that the valuation from The Points Guy puts Delta SkyMiles on the lower end of the scale when ranking the offerings from major US airlines, things are in fact changing. Delta has, for example, started to offer more frequent award sales, with more destinations and cabins available at discounted prices.

This also isn’t the first time Delta Amex credit cards have offered elevated welcome bonuses, but this time around the offer is definitely looking more attractive than ever. 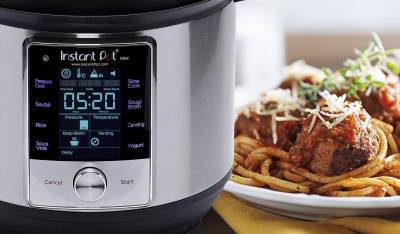