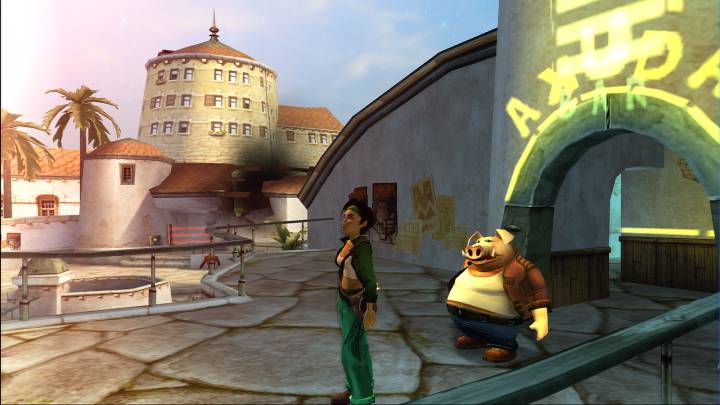 Every month from June through December, game developer and publisher Ubisoft is offering a free digital title from its vast catalog to PC gamers. The company started with Prince of Persia: The Sands of Time in June, gave away The Crew last month and is now giving everyone a chance to pick up Beyond Good & Evil for free.

“Beyond Good and Evil is a unique game in Ubisoft history: created by Michel Ancel, this game is the most beloved game of our communities,” says Ubisoft.

“Released in 2003, this game was a creative bet that took all trends in reverse: the hero was a young girl with skills and wits, Jade, that was very different from women character in video games at that time. The game had a unique style mixing Japanese and traditional cartoon. It remains a unique experience with lovable characters.”

Beyond Good & Evil wasn’t a massive success upon release, but has since gone on to become on of the most talked-about cult classics in Ubisoft’s library.

Gamers have been waiting over a decade for the sequel (which was originally announced in 2010), but their patience was rewarded last week when Ubisoft confirmed that Michel Ancel “is currently working with the Ubisoft Montpellier studio on a new Beyond Good & Evil game.”

In the meantime, if you’d like to download the first game for free, create a Uplay account and head to the UBI30 landing page. Remember, each download is only available for a month, so act now if you want the game.

Here’s the launch trailer for the HD remake of the game: