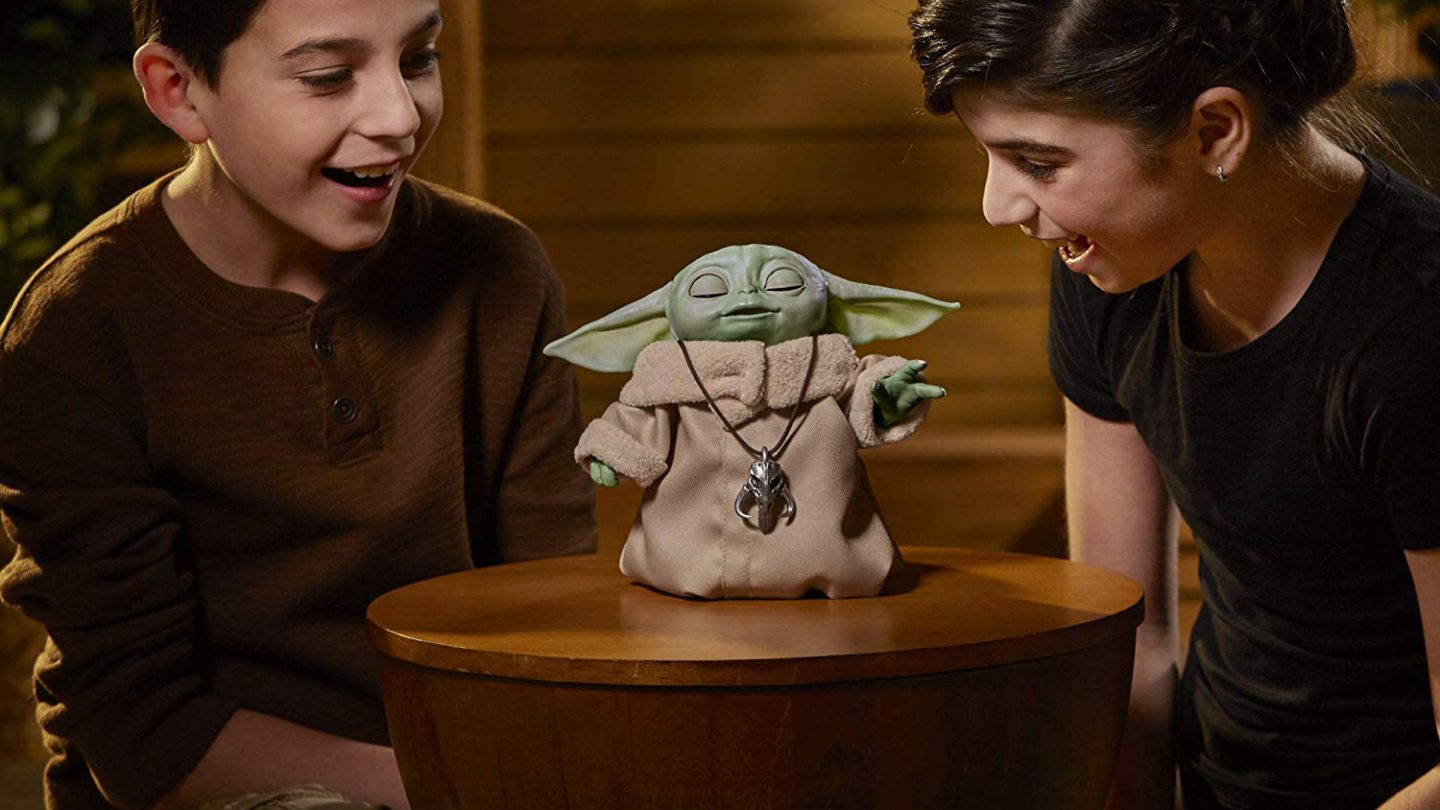 If ever there was a time when we needed some good news, that time is now. And when it comes to new product releases that are destined to be among the most popular gift purchases ahead of the holidays this year, the news doesn’t get any better than this: the Animatronic Baby Yoda that Hasbro unveiled late last month is back on Amazon and available for pre-order once again! (Yes, February might seem like it was a lifetime ago at this point, but Animatronic Baby Yoda was unveiled less than four weeks ago.)

Whether or not you’ve seen The Mandalorian series on Disney+, you have undoubtedly seen Baby Yoda. The character’s actual name in the show is “The Child,” but he uses the force and he looks just like Yoda as a baby, so that’s obviously what everyone was going to call him. clearly had no idea just how obsessed people were going to be with Baby Yoda, so the company didn’t have any Baby Yoda merch or toys available for sale when the series premiered. That led to all sorts of bootlegging on sites like eBay and Etsy, but an official Animatronic Baby Yoda toy is now on the way and it’s awesome. See it in action in the video below.

This is definitely going to be the hottest toy of the holidays this year, so definitely pre-order it now if you want to have any chance at all of getting your hands on one before Christmas and Chanukah. Note that the Amazon page says the release date for Animatronic Baby Yoda is on December 15th, but that’s just a placeholder. Hasbro hasn’t yet announced a first release date, but it’ll definitely be before the holidays.

He may look like “Baby Yoda,” but this lovable creature is called The Child – and now you can become his protector with this animatronic toy from Star Wars. Touching the top of The Child Animatronic Edition’s head activates over 25 sound and motion combinations, including happy and excited sounds, giggles, babbles, and more, all while the figure’s head moves up and down, ears move back and forth, and eyes open and close. Boys and girls ages 4 and up can pretend to harness the power of the Force as The Child toy closes its eyes, raises its arm, and sighs as if exerting a great amount of energy.

Star Wars products are produced by Hasbro under license from Lucasfilm Ltd.
Hasbro and all related terms are trademarks of Hasbro.

Launch into lightspeed adventures with an expansive collection of classic and new characters, vehicles, and role-play items that feature the authentic movie-styling and battle action of the Star Wars universe. Take on the role of the some of the greatest heroes and most fearsome villains in the galaxy with a wide selection of Lightsabers that only Hasbro Star Wars can offer.

Re-create exciting scenes and moments from the Star Wars saga, and the all-new Star Wars: Rogue One movie, with toys that let you re-live all of the moments from the epic story of good versus evil in a galaxy far away.

Advance into battle with role play gear that includes blasters, masks, and iconic, customizable Lightsabers that are part of the Star Wars Bladebuilders system. With action-packed features across the entire Hasbro Star Wars line, there’s something for everyone in the Star Wars universe.

For nearly forty years, Star Wars has fueled the imaginations of generations, and now it’s your turn to follow the adventures of Star Wars stories old and new. Join the defiant Jyn Erso on a top-secret mission to steal the plans to the Galactic Empire’s most fearsome and deadliest construction, the superweapon known as the Death Star.

Embark on an epic journey alongside the Rebel heroes where Imperial officers are charged with protecting the Empire’s invention against the Rebels at any cost.

Put yourself in the middle of all the galactic action with Star Wars toys from Hasbro. May the Force be with you!