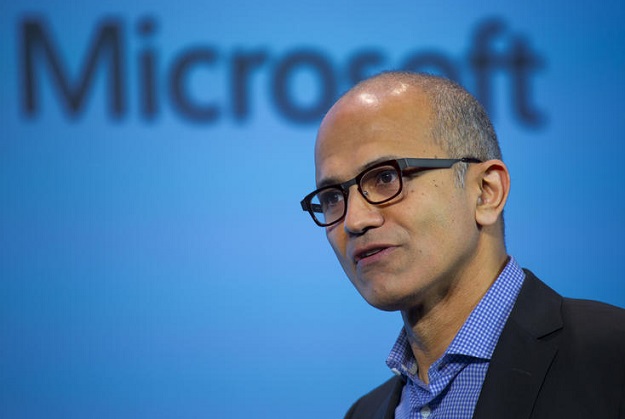 By any measure one might consider, Microsoft’s Windows platform for smartphones has been a failure. While one delusional market research firm tried to convince the world that Microsoft would rule the mobile market and surpass Android’s market share at some point in 2013, the rest of us recognized that there wasn’t much of an opening with Android and iOS dominating the market so handily. Today, Windows’ mobile market share sits in the low single digits. The very low single digits. At last count, Gartner said Microsoft’s share of the global smartphone market was around 1.7%.

With Microsoft’s mobile boss Stephen Elop having been pushed out shortly after the Nokia deal and longtime Windows Phone trumpeter Joe Belfiore taking a year off, it’s safe to say Windows Phone isn’t where Microsoft wants it to be right now. But according to CEO Satya Nadella, Windows’ mobile failure doesn’t really matter.

MUST SEE: I hate email again

In a lengthy interview published on Wednesday by Buzzfeed, Microsoft’s new CEO spoke at length about a wide range of topics. Nadella has been a welcomed successor following former CEO Steve Ballmer’s retirement, and there’s no question that he has already made some smart moves at Microsoft’s helm. Investors have been impressed as well — Microsoft shares are up more than 48% since Nadella took over in early 2014.

While Microsoft’s enterprise business is bustling and Windows is still the most popular computing platform in the world, many view mobile as the future. And in that area, Microsoft is still floundering. Windows has gained no traction in the mobile arena since the launch of “Windows Phone 7 Series” back in 2010, and Buzzfeed asked Nadella to comment on the current state of Windows Phone in its interview.

The focus on mobile experiences makes sense for a company trying to push into cloud services, especially because mobile as a category been a disaster for Microsoft. The latest Gartner report estimates that the company’s share of the mobile market is a measly 1.7%. Nadella admits that’s unsustainable, but argues that the company is already trying to get to a world where the device matters less than the services it is accessing.

Nadella certainly has strengths compared to his predecessor, but explaining away Windows Phone’s failure isn’t one of them. Microsoft has devoted tremendous resources to its smartphone platform and has gained no ground with it. As a Microsoft fan, investor or executive, there’s simply no way around that painful truth. Will 2016 be any different for Microsoft’s mobile efforts? At this point, it certainly doesn’t appear as though much is set to change next year.