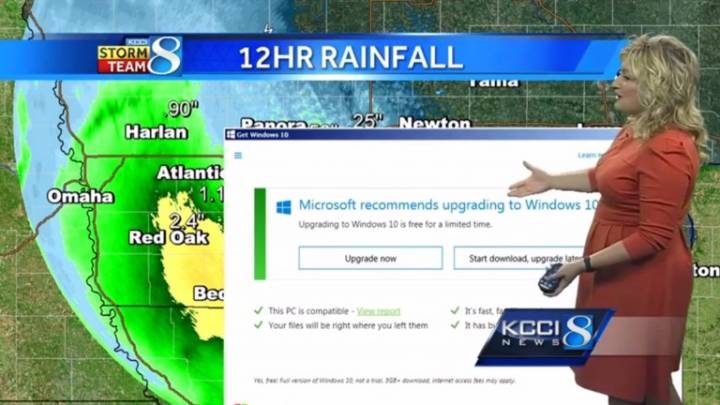 Windows 10 auto-upgrades are like a sick, cruel joke being played on us by this point. Most stories that start with “my Windows 10 PC auto-upgraded” tend to end with “and then all my data was lost,” but this particular version has a happy ending, because it involves Microsoft paying out a lot of money.

A California woman has won $10,000 from Microsoft, after the tech giant gave up challenging a court case. Teri Goldstein alleges that after her computer was upgraded to Windows 10, it became slow and unreliable.

“I had never heard of Windows 10,” Goldstein said. “Nobody ever asked me if I wanted to update.”

Goldstein subsequently took Microsoft to court, suing for lost wages and the cost of a new computer (running OS X, I hope). Goldstein won the initial court case, and although Microsoft initially appealed, it just dropped that case. So, Goldstein should be seeing a $10,000 check show up from Microsoft sometime soon.

In a statement to the Seattle Times, Microsoft said that ““we’re continuing to listen to customer feedback and evolve the upgrade experience based on their feedback.”

As well as being a great Monday morning story of justice, the ruling has to be worrying for Microsoft. Ever since Windows 10 upgrades became more pushy (bordering on “malware” in some cases), horror stories of Windows 10 upgrades gone wrong have been doing the rounds of the internet. If even a tenth of affected customers can get a payout on the level of Tori Goldstein, this might be the most costly software update in history.