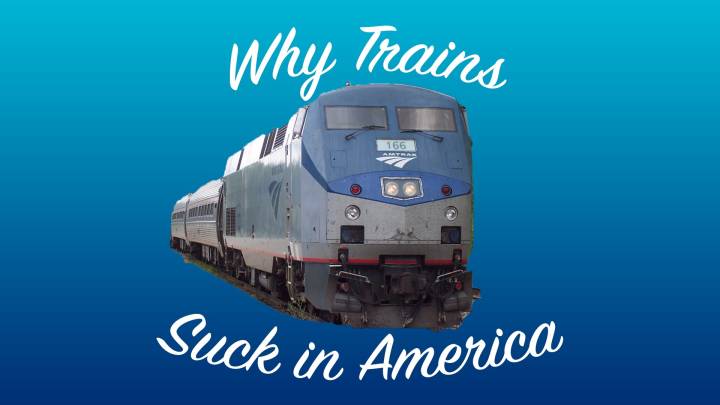 A few years ago, definitely-not-Iron-Man Elon Musk unveiled his concept for the future of transportation: small train cars travelling in a tube with low air pressure and levitated by magnets, which could travel at the speed of planes for a fraction of the cost. Numerous companies are working to make his idea a reality, but for the United States, it’s all going to be in vain.

This video from YouTuber Wendover Productions lays out all the reasons that conventional trains have never caught on as passenger transport in the US. It’s a combination of factors, but as the reasoning is laid out, you realize that basically everything that stops high-speed trains will also make Hyperloop dead on arrival.

DON’T MISS: Facebook Messenger’s advertising bots are here, but it’s not as bad as you think

The biggest obstacle to everything is the tracks. A high-speed rail networking across the Northeast would make sense, but there’s no way to build a rail corridor through the middle of one of the most built-up areas in America. It would cost too much money to buy all the land (and houses) in the way, and because high-speed rail (and Hyperloop) need a straight line to be able to travel at speed, you can’t just go around all the obstacles.

It’s a little sad that Hyperloop will almost certainly not take off in the US, but there’s a silver lining to this story. We won’t need trains if driverless cars become truly ubiquitous. By allowing cars to slipstream each other, and not having to leave large braking distances on the highway, we can increase the speed and capacity of our highways by orders of magnitude. After all, who needs a 1-hour train between Washington and New York when you can be driven door-to-door by your car instead?