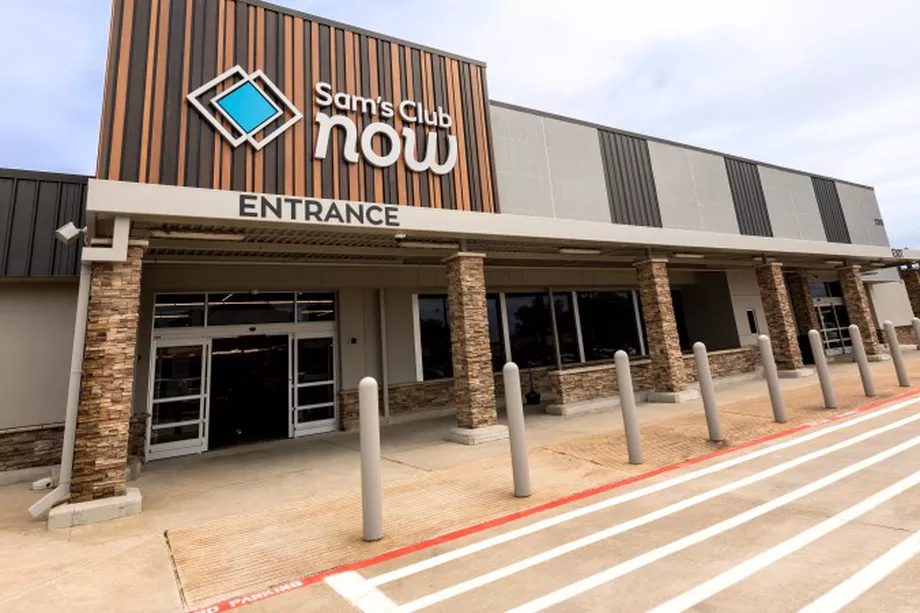 Amazon’s biggest retail rival wants to grab its own piece of the cashier-free store pie. Walmart’s answer to the Amazon Go convenience store concept (which famously will rely on next to no human staff) is Sam’s Club Now, a new concept Walmart unveiled today that will be powered by smartphones and launch first in Dallas. Notice we say powered by smartphones, since with Amazon Go the experience is arguably a bit more friction-free. You swipe in with the Amazon Go app, pick up whatever you want and just leave, letting the app automatically charge you as sensors track what you take.

Sam’s Club Now, on the other hand, will be different in several ways. For one thing, it will be a lot bigger than Amazon Go stores, which are between 1,200 and 2,300 square feet. The Sam’s Club Now opening in Dallas will measure 32,000 square feet, and patrons will also need to use their smartphones to scan each item they want with an app. When they’re done, an employee scans a QR code on the shopper’s phone.

In a blog post today, SamsClub.com CEO Jamie Iannone said the company is “very close” to opening the new concept store, which among other things hastens the normalization in retail of cashier-free stores that simply use technology to track and charge you. This new store that’s opening in Dallas, meanwhile, will also double as a technology testing ground of sorts for Sam’s Club.

“At its core, Sam’s Club Now will be a technology lab that doubles as a live, retail club,” Iannone wrote. “It’s where we will incubate, test and refine technologies to help define the future of retail.”

Iannone went on to explain that the new store will be packed with more than 700 cameras. It will also test the use of electronic shelf labels that instantly update prices, so that the store doesn’t have to waste time and resources printing out new price signs. Other technologies that will factor into the new store concept, according to Iannone, include computer vision, AR, machine learning, artificial intelligence and robotics.

In addition to what this means for the broader industry, this also is evidence of Sam’s Club parent Walmart not wanting to let Amazon creep too far into the former’s stronghold of physical retail. In addition to cashier-less technology, GeekWire reported today, “Walmart is also working on smart shopping lists, augmented reality item displays and electronic shelf pricing labels that update automatically.

“As Walmart rolls out this new store concept, Amazon Go has been growing rapidly in recent months. It is now up to six stores in three cities — Seattle, Chicago and San Francisco, with more on the way.”