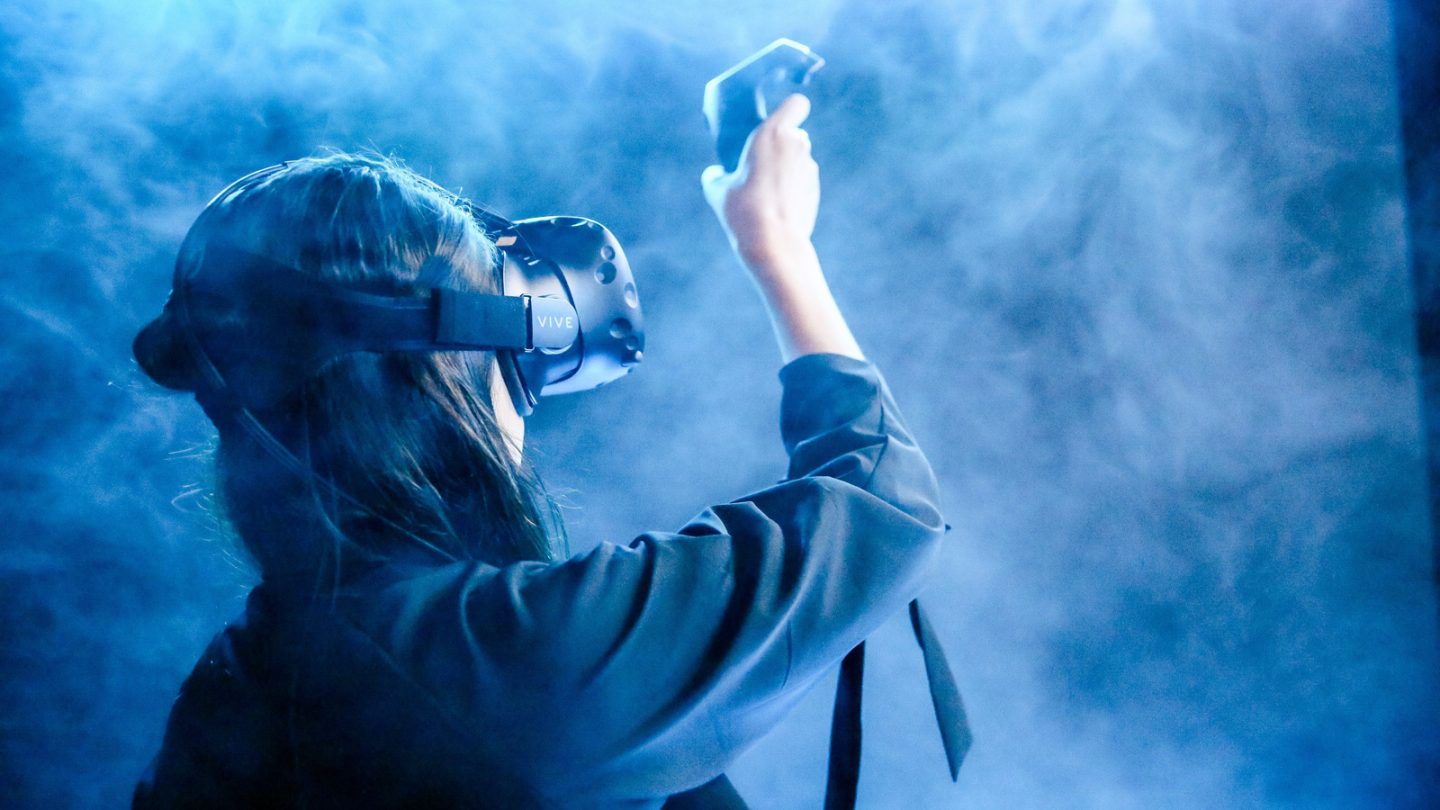 Dan Cook, the founder of EyeMynd BrainwaveVR, is the kind of person you have a conversation with that meanders beyond technology and eventually encompasses… the meaning of life, what it means to be mortal and the nature of humanity.

Cook is one of those VR enthusiasts, the kind who lapse into geek-speak a la Elon Musk about whether this or the virtual world is the real one. Who are way past the novelty of playing ping pong with a friend in a virtual space and more into things like, well, in EyeMynd’s case — figuring out how a user can operate inside a VR environment using just their mind. And nothing else.

Welcome to one company’s far-out attempt at a VR revolution, one that involves putting on some headgear and just letting your thoughts do the rest.

“In the past, we used a mouse and keyboards to access computers,” Cook says by way of laying out the vision for EyeMind, which is on the cusp of a busy 2017 that includes the planned launch of a VR headset. “And there will be lots of interesting handheld controllers for VR coming out next year, but in the future, you won’t need those. You’ll just think about what you want, and your avatar does it.

“Ours is a very big vision. Right now, the human body generates electrical activity, and we pick that up with soft, comfortable brainwave sensors that we put in a headset. We run that through our operating system to figure out what the person is doing, say, with their face. And that way, the same way you control your body now — it’s effortless. You just … smile, when you want to smile. You shake somebody’s hand when you want to shake their hand. You don’t think about which controller do I need to move.”

A priority for Cook’s company in the coming year is beta testing and getting SDK kits out to developers. It also plans to launch a headset that uses EEG sensors to track brainwaves — a headset that’s compatible with the HTC Vive and which works with EyeMynd’s own operating system to translate the readings from the sensors into actionable code a computer can read.

A similar kind of future has already been publicly talked up by Facebook CEO Mark Zuckerberg, who’s promoted the idea of a future where users might one day use a system of some kind to transit thoughts from their brain directly to other people. Other companies, like San Francisco-based Emotiv are playing in a similar space — specifically, the release of similar EEG-based headsets that track brain activity and can be used across multiple fields.

On the one hand, Cook’s company is emblematic of the envelope-pushing ambition evident across the VR/AR field. Reactions to new products along those lines elicit the kind of jaw drop and lust that were once a staple of Apple’s shiny new releases.

Which is a good segue into a story making the rounds in the tech Twittersphere in recent days — the hubbub over Magic Leap, specifically how the Florida-based mixed reality startup got everyone excited about its technology with slick video advertisements. Videos, according to a bombshell report in The Information, that were more special effects-laden than a representation of how far along, or not, Magic Leap is.

Sometimes, a company that promises it’s doing something amazing, that’s never been done before — and, by the way, just trust us, we can’t show you yet – eventually knocks it out of the park. And then there are the companies that never quite get there, and it ends up being little more than the subject of finger-wagging blog posts that get retweeted and forgotten.

So which bucket does a company that wants us to experience VR with our thoughts fall into?

Jack Gallant, the head of UC Berkeley’s Gallant Neuroscience Lab, told The Guardian such a thing is crazy expensive and requires a monster of a computer to pull off. And then, there’s the problem with decoding EEG signals from outside the brain — “the skull is a horrible filter. It’s a bridge too far, in my experience.”

People are trying increasingly to pull off futuristic and out-there stuff when it comes to VR and AR, and Cook is definitely one of them. Opening a China office next year has been talked about. He also thinks the company’s tech will be refined enough to unveil “a big announcement” at the Game Developers Conference in San Francisco coming up in a few months.

Cook is already talking about, in the future, a user being able to control things like hand and finger movements, among other things, with just their brainwaves.

“Five to ten years from now, maybe 20 years from now, people might even start asking questions,” Cook says. “Like, wait a minute. If we can inhabit these virtual bodies, then what is going on with this world? This mortal world and these mortal bodies that get sick and die after 80, 90, 100 years? Is this just a virtual reality, itself?

“And then when people start asking that question in a serious way, mankind will start to fully understand itself for the first time. What is this world? What is a human being? And if we can start getting the youth of this world to start asking that question seriously, then we have a chance to start getting the correct answers.”