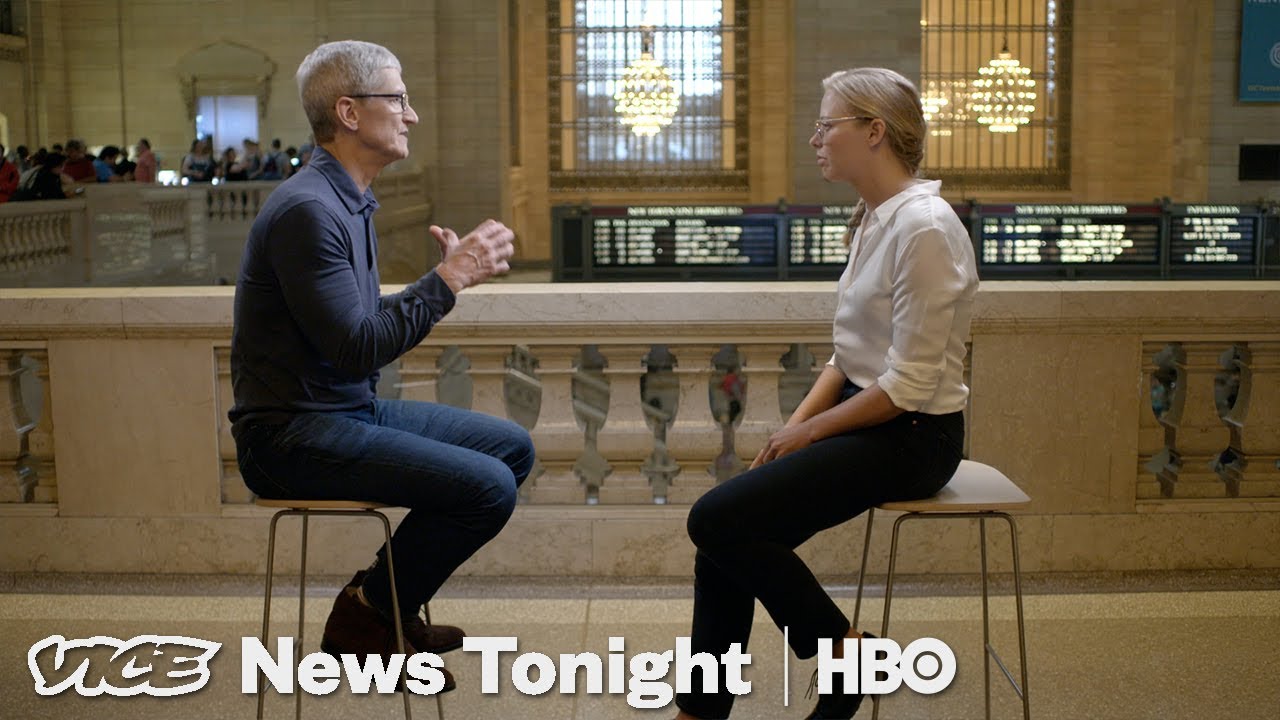 Following a summer that’s seen Apple launch three new iPhones and dodge most of the scrutiny that has been enveloping Facebook and Google, Apple CEO Tim Cook sat down with Vice News Tonight’s Elle Reeve for a typically Apple interview. Conducted in the Apple Store built into Grand Central Station in New York, the interview covered privacy, compliance with foreign governments, and banning hate speech from platforms, three of the most hot-button items right now.

Cook’s interview market the first time that we’ve heard Apple explain its banning of Alex Jones, which happened in early August. Apple’s move to take down Jones’s podcast was a catalyst for the rest of the tech industry, which followed Apple’s move in short order.

Cook didn’t get into why Apple chose that exact moment to ban Jones, saying “I don’t really get into a singular kind of event,” but he did confirm that Apple didn’t talk to any other tech companies about its action. “I’ve never even had a conversation about [Alex Jones] with any other tech companies,” Cook said. “We make our decisions independently and I think that’s important. Honestly. I’ve had no conversation. And to my knowledge, no one at Apple has.”

The CEO also hit back at suggestions that Siri is suffering because of Apple’s failure to collect data. “The narrative that some companies will try to get you to believe is: ‘I’ve got to take all of your data to make my service better.’ Well, don’t believe them,” Cook said. “Whoever’s telling you that – it’s a bunch of bonk.”

Pushed on privacy for customers in China, Cook fell back on the argument that as long as Apple’s products remain encrypted, it doesn’t matter whether people’s data is stored in a Chinese data center or an American one. “I mean [the data] is encrypted like it is everywhere. And so no, I wouldn’t I wouldn’t get caught up in the, ‘Where’s the location of it?’ I mean, we have servers located in many different countries in the world. They are not easier to get data from being in one country versus the next.”