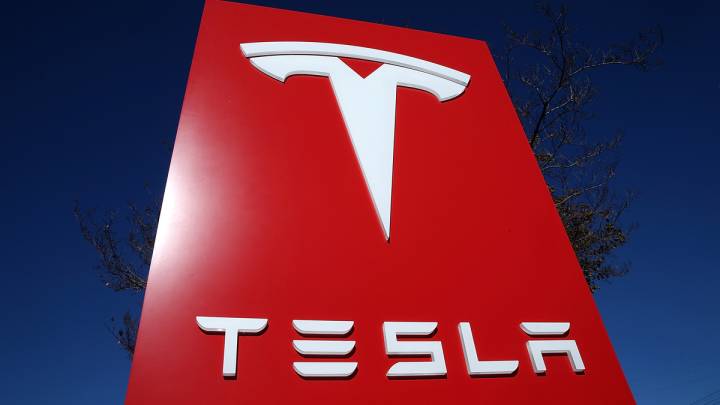 Tesla is moving at breakneck speeds these days. In fact, there’s so much on Tesla’s plate that it can sometimes be tough to keep track of everything the company is up to. Not only is the company working furiously to finish the Gigafactory so that it can defy the odds and deliver the Model 3 on time, but the sheer volume of Model 3 pre-orders (more than 400,000 at this point) is far beyond the company’s wildest expectations.

At the same time, Tesla is continuing to ramp up Model X production, and that’s not to even mentioning the recently revamped Model 3. Over the weekend, The Mercury News posted a troubling and fascinating expose into Tesla’s hiring practices at its Fremont, California factory, the location where both the Model S and the Model X are manufactured.

According to the report, one of the contracting firms utilized by Tesla to complete various types of tasks at the plant has been using workers on questionable visas and with limited skills. With respect to pay, some workers are paid as little as $5 an hour.

One individual profiled in the report is Gregor Lesnik, an employee who fell three stories while helping to finish Tesla’s brand new automotive painting area. His visa application listed that he had specialist skills and would be a supervisor; instead, he was employed as unskilled labor.

The unemployed electrician had no qualifications to oversee American workers and spoke only a sentence or two of English. He never set foot in South Carolina. The companies that arranged his questionable visa instead sent Lesnik to a menial job in Silicon Valley. He earned the equivalent of $5 an hour to expand the plant for one of the world’s most sophisticated companies, Tesla Motors.

Lesnik’s three-month tenure ended a year ago in a serious injury and a lawsuit that has exposed a troubling practice in the auto industry. Overseas contractors are shipping workers from impoverished countries to American factories, where they work long hours for low wages, in apparent violation of visa and labor laws.

In the wake of the report, Tesla CEO Elon Musk quickly took to Twitter to assure everyone that Tesla is going to investigate the allegations:

Only heard about this today. Sounds like the wrong thing happened on many levels. Will investigate and make it right.

Following up, Tesla early on Monday posted an official response to the Mercury Times report. It can be read in its entirety below.

At Tesla, we aspire to operate on the principles of hard work and exceptional performance, but always tempered by fairness, justice and kindness. There are times when mistakes are made, but those are the standards to which we hold ourselves. With respect to the person at the center of this weekend’s article in the Mercury News, those standards were not met. We are taking action to address this individual’s situation and to put in place additional oversight to ensure that our workplace rules are followed even by sub-subcontractors to prevent such a thing from happening again.

Gregor Lesnik was brought to the Tesla factory by a company called ISM Vuzem, a sub-contractor brought in by Eisenmann, the firm that we hired to construct our new, high-volume paint shop. We contracted with Eisenmann for the simple reason that we do not know how to build paint shops and they are regarded as one of the best, if not the best, in the world. In our dealings with them, we have found them to be an excellent company, run by good people.

The article describes how Mr. Lesnik came to this country, the conditions under which Vuzem employed him and others to do their work, and how Mr. Lesnik ended up being injured while on the job. Assuming the article is correct, we need to do right by Mr. Lesnik and his colleagues from Vuzem. This is not a legal issue, it is a moral issue. As far as the law goes, Tesla did everything correctly. We hired a contractor to do a turnkey project at our factory and, as we always do in these situations, contractually obligated our contractor to comply with all laws in bringing in the resources they felt were needed to do the job.

Regarding the accident that resulted in Mr. Lesnik being injured, Cal/OSHA (the government regulator that investigates workplace accidents like these) came to our factory, investigated the incident and found that Tesla was not responsible. When Mr. Lesnik brought a workers compensation case, Tesla was dismissed from the case because the judge concluded that we had no legal responsibility for what occurred.

All of that is fine legally, but there is a larger point. Morally, we need to give Mr. Lesnik the benefit of the doubt and we need to take care of him. We will make sure this happens. We do not condone people coming to work at a Tesla facility, whether they work for us, one of our contractors or even a sub-subcontractor, under the circumstances described in the article. If Mr. Lesnik or his colleagues were really being paid $5 an hour, that is totally unacceptable. Tesla is one of the highest paying hourly employers in the US automotive industry. We do this out of choice, because we think it is right. Nobody is making us do so.

Tesla will be working with Eisenmann and Vuzem to investigate this thoroughly. If the claims are true, Tesla will take action to ensure that the right thing happens and all are treated fairly.

Creating a new car company is extremely difficult and fraught with risk, but we will never be a company that by our action does, or by our inaction allows, the wrong thing to happen just to save money.