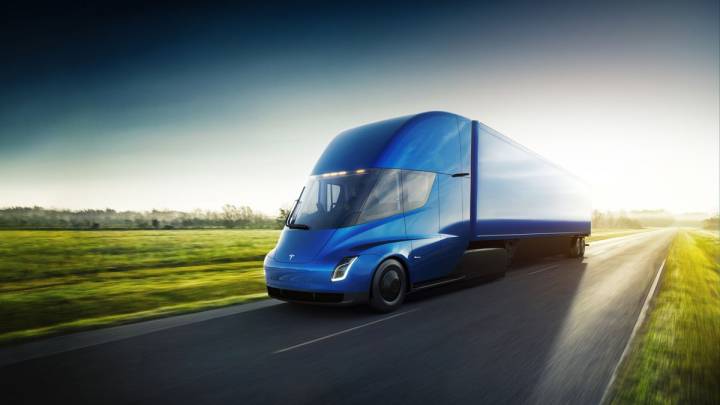 Elon Musk promised that last night’s event would “blow your mind clear out of your skull and into an alternate dimension.” Well, it’s the morning after the big thing, and either we’re still here, or the alternate dimension isn’t nearly as exciting as I’d hoped.

On stage last night, Musk revealed two things. One — the Semi truck — was exactly what the rumors had suggested. The other, Tesla’s new Roadster, was a healthy dose of the unexpected. But as is Musk’s style, the event left us with more questions than answers about Tesla’s plans for the next few years.

When will they go on sale?

That’s the million-dollar question right now. Musk said that production would begin on the Tesla Semi in 2019. Going off Elon Standard Time, that means widespread availability will optimistically start in 2020.

Tesla’s biggest problem right now is manufacturing. It has over half a million pre-orders for the new Model 3, but it’s missed production goal after production goal. Deliveries to customers have technically begun, but it’s more of a beta test than a widespread rollout. Reports suggest that parts of the car are still being handbuilt, and Tesla has already started moving the estimated delivery dates for early pre-order customers back to 2018.

Unless Tesla gets much better at hitting manufacturing targets, you likely won’t see the Tesla Semi on roads until 2020. The new Roadster is scheduled for 2020, and Tesla-land, a delivery date three years ago means things are really up in the air.

Will I be able to buy one?

Probably not. There’s no price formally announced for the Semi truck yet, and it’s probably one of those “If you have to ask…” situations. A previous Morgan Stanley estimate put the price upwards of $100,000, and that didn’t include batteries.

If you can’t afford the Semi, you definitely can’t afford the Roadster. Tesla’s new supercar costs $250,000, firmly in supercar territory. That’s totally understandable given the performance specs Musk is claiming — 0-60 in 1.9 seconds — but it’s a whole new ballgame compared to the upper-end $100,000 Model S.

One detail that’s getting a lot of attention is the pre-order system. Tesla has made 1,000 “Founder’s Edition” Roadsters available, but interested customers have to put down all $250,000 right now, for a car that won’t be delivered for another three years. Not only is that putting a lot of faith in Tesla, it also boils down to a free $250 million loan for the car company.

Can they drive themselves?

Compared to Tesla’s previous car launches, this one was notably devoid of focus on the self-driving technology. Sure, the Semi will have a number of driver-assist features in place, like the existing Enhanced Autopilot tech. But there was much less focus on stage on the autonomous driving capabilities, even compared to the Model 3 launch last year.

Tesla claimed that it would have a production-level car do a coast-to-coast drive without human intervention by the end of the year. If that’s possible — and the Semi and Roadster won’t launch until 2019 or 2020 — shouldn’t both those vehicles be virtually self-driving by that point?

Is this the end for the oil industry?

Probably not, but an all-electric Semi truck with 500 miles of range is a huge deal for how fuel is used for logistics. Road freight accounts for around 20% of world oil demand, but price fluctuations make it a difficult commodity to build a stable industry around. Not only should electric be cheaper — Musk claims 20 percent less per mile than diesel — but it should also be much more predictable, which will allow the trucking industry to become more efficient in turn.

So, is Tesla saved?

Ultimately, last night’s event was a bold doubling-down on Tesla’s strategy. Right now, Wall Street and the auto industry only cares if Tesla can make the Model 3, and make it profitably. Nerdy as it might be, investors would probably have preferred Musk to spend two hours talking about automation, production lines, and yield rates.

Instead, he announced the company’s entry into a brand-new product category, lifted the veil on a crazy-ambitious prototype that’s barely more than a concept right now, and changed the conversation yet again. While analysts are wondering if Tesla will ever be able to deliver on its current product line-up, Musk is already three years down the road, doing donuts in his brand-new supercar.