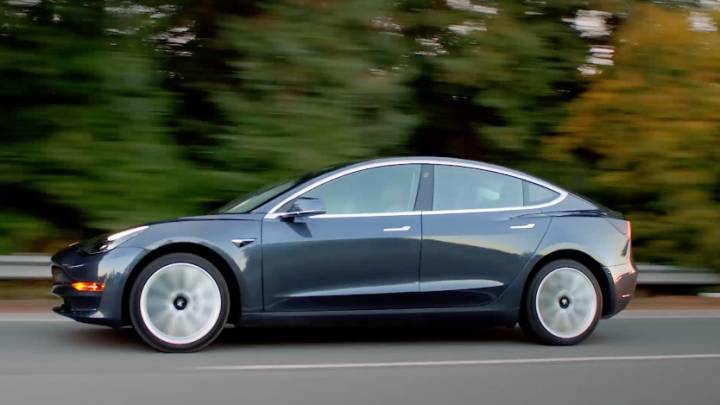 Tesla is currently in one of those make-or-break years, a time that will be represented in the eventual Musk biopic by tense music overtop of slow images of downwards-trending graphs. Tesla is burning “more than $7,430 every minute,” according to a Bloomberg analysis, and will run out of money in 2018 if it doesn’t start turning a profit.

Turning a profit relies entirely on getting Model 3 cars out the door as quickly as possible, something that the company has been struggling with lately. But in a slightly odd move for a manufacturer that’s finding it challenging to ramp up production on schedule, Tesla has reduced the base price of the Model 3 performance version and made more of its features optional extras.

Buyers can add the “Performance Upgrades” package for $5,000. It includes an increase of the top speed from 145 to 155, a carbon fiber spoiler, 20” performance wheels, and aluminum alloy pedals, Michelin Pilot Sport 4S tires and red performance brake calipers.

Pricing changes will retroactively be applied to customers who have already placed their orders, according to Electrek.

News of price cuts are obviously good for customers, and no one has ever really complained about having more choice. But the changes do seem to come at an odd time, as Tesla is in a difficult financial situation and trying to hit ambitious production targets. Adding complexity to the line and reducing prices doesn’t seem like the logical move right now.