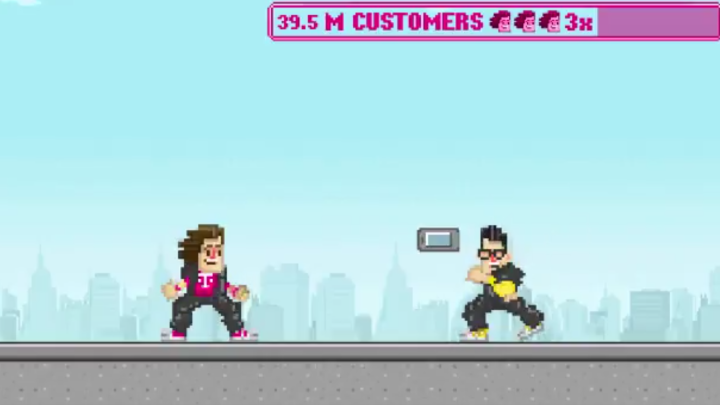 T-Mobile just published a blog post announcing changes to its Unlimited plan, and for once, they’re actually good. The prioritization threshold — the amount of data you can use each month before being potentially throttled — is being raised from 32GB to 50GB. That’s double the limit Verizon and AT&T enforce on their customers, and all-around good news for anyone on T-Mobile One.

All the carriers use some form of deprioritization limit on their networks. It’s relatively simple: all the data you use up to that threshold is at the maximum speed the network can support (apart from in the case of streaming video). After you hit that threshold, your data is “deprioritized” — you’re not cut off, just put at the bottom of the queue. It means your speeds will potentially nosedive if you’re trying to use a congested tower at peak times (say, rush hour outside a train station), but should remain high if no one else is using the network.

Any cell plan that involves a deprioritization limit isn’t really ‘unlimited’ in the strict sense of the word. But the networks have forced the terminology on us, to the point that any plan that doesn’t cut you off when you hit a limit is “unlimited.” In the case of T-Mobile’s new One plan, though, 50GB is practically unlimited for the vast majority of customers. I can remember having a 60GB home internet cap not too long ago, and any overage was an extra $20.

T-Mobile’s One plan is still not actually unlimited. There’s restrictions on video quality and the amount of tethering data you can use, both clear signals that T-Mobile’s network isn’t as bulletproof as the execs would have you believe. But at the same time, increasing the throttling threshold to 50GB is a clear and loud challenge to Verizon and AT&T — one they might not be able to meet.