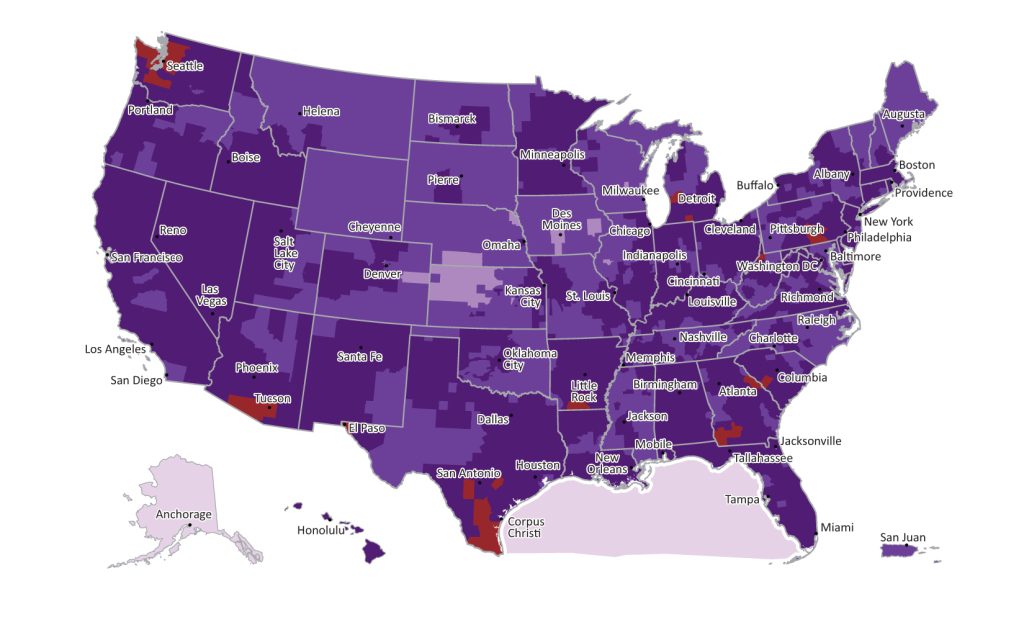 In case you didn’t hear, T-Mobile and Sprint made it official yesterday. The two smaller wireless networks are becoming one giant behemoth that will be able to challenge AT&T and Verizon, and according to all the information we have so far, it’s going to be quite the challenge.

Although T-Mobile has made some strong efforts to bring its network up to the standard of AT&T or Verizon in recent years, neither Sprint nor T-Mobile have quite the same consistent quality of infrastructure as the two big carriers. For the longest time, the reason why has been spectrum holdings. Networks need a good balance between low-band spectrum, which carries the furthest and penetrates obstacles the best, and higher-band spectrum that can carry more data.

Sprint has a huge stash of mid-band and high-band spectrum, but hasn’t had the money to truly build out its network. T-Mobile has long lacked low-band spectrum, but recently bought nationwide rights to low-band 600MHz spectrum previously used by TV stations, and is just starting to deploy that spectrum widely.

Put both of those spectrum holdings together, and you get one formidable network  — at least on paper. The map above, from analytics company Mosaik, shows how much spectrum New T-Mobile will have. In some parts of the country, the company will have more than 200MHz of spectrum available, while at the lowest end, it’ll have around 60MHz. That will make for a formidable company, especially compared to the other networks.

Verizon’s holdings, for example are 50-150MHz in nearly every market, with only a handful of exceptions. The breadth of spectrum holdings will become even more important as 5G begins to be rolled out: The key to the high speeds that companies have been wowing us with is combining multiple wireless channels together, and to an extent, the more spectrum a network has, the better capacity it can deliver to its customers.

Sprint’s holdings of mid-band spectrum, particularly around 2.5GHz, should also give New T-Mobile a slight edge in deploying massive MIMO, another key technology for 5G. Sprint has been aggressively trialing massive MIMO for years now, and Sprint CTO John Saw highlighted the company’s prowess during a conference call today.

“With Massive MIMO we are able to actually upgrade existing towers,” Saw told reporters. “So they don’t need to look for new sites and towers, which is more efficient in terms of acquisition and zoning. With Massive MIMO, they’re upgrading existing 2.5 GHz sites, basically enabling them to broadcast LTE and 5G at the same time,” he said.