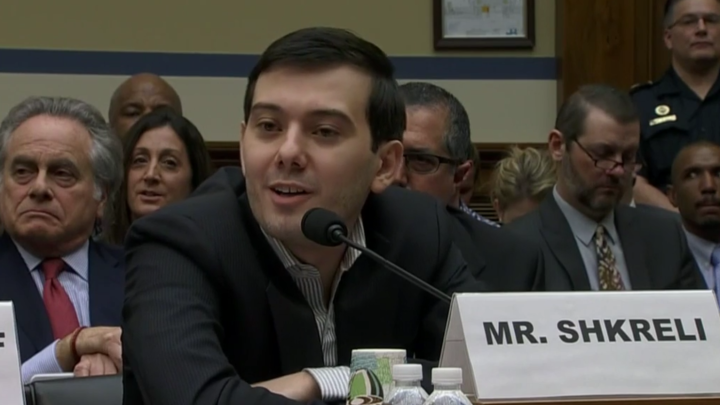 When you see the name Martin Shkreli, does your scalp tingle with rage? If so, you’re not alone. During the jury selection process for the former pharma CEO — now being tried for securities and wire fraud — many of the potential jurors happen to fall into that group as well. As reported by Harper’s, many of the would-be public servants already had some well-formed opinions of “Pharma Bro,” and they weren’t exactly shy about sharing them.

You should absolutely do yourself a favor and comb through the entire transcript of the proceedings, but here are a few choice excerpts from particularly savage jurors who have no qualms about telling Shkreli exactly where he can shove his expensive pills:

the court: The purpose of jury selection is to ensure fairness and impartiality in this case. If you think that you could not be fair and impartial, it is your duty to tell me. All right. Juror Number 1.

juror no. 1: I’m aware of the defendant and I hate him.

the court: Jurors are obligated to decide the case based only on the evidence. Do you agree?

Eesh, that’s some on-the-nose shaming right there, but it’s hardly the worst of it.

juror no. 59: Your Honor, totally he is guilty and in no way can I let him slide out of anything because —

the court: Okay. Is that your attitude toward anyone charged with a crime who has not been proven guilty?

juror no. 59: It’s my attitude toward his entire demeanor, what he has done to people.

the court: All right. We are going to excuse you, sir.

juror no. 59: And he disrespected the Wu-Tang Clan.

juror no. 144: I heard through the news of how the defendant changed the price of a pill by up-selling it. I heard he bought an album from the Wu-Tang Clan for a million dollars.

the court: The question is, have you heard anything that would affect your ability to decide this case with an open mind. Can you do that?

You know what? Maybe they should just lock Shkreli up now so he can at least begin to heal these third degree burns.