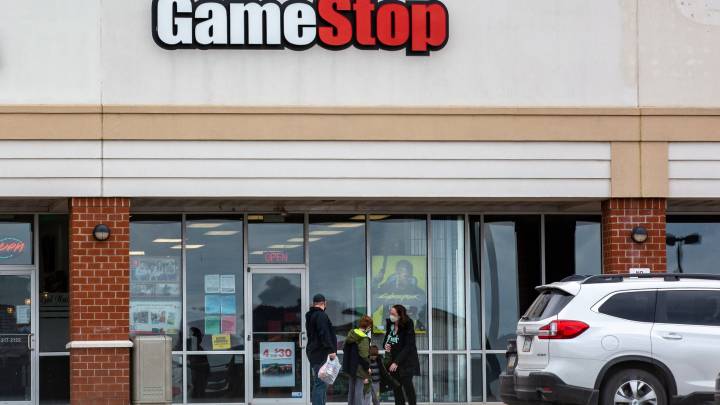 Robinhood will no longer allow users to buy or trade the most high-profile stocks that been spiking in recent days due to an ongoing Reddit crusade. GameStop ($GME), AMC ($AMC), BlackBerry ($BB), Nokia ($NOK), and Naked Brand Group ($NAKD) are among those affected by the new restrictions on the popular app. Users are still able to close out their positions, but they can’t buy more shares through the app as of Thursday morning.

As Robinhood explained in a blog post on Thursday, “recent volatility” in the market led to the restrictions:

Robinhood is one of many apps and financial services companies that have either blocked users from buying these so-called “meme stocks” or are having technical difficulties this morning. Reports of Charles Schwab, TD Ameritrade, E-Trade, and others struggling to keep up with the surge have been floating around as well.

This all started when members of the popular subreddit r/WallStreetBets joined forces to drive up the stock price of GameStop, which had been heavily shorted by hedge funds. Robinhood allows users to buy stock without fees, and has become one of the most important tools for those who are attempting to further sink the short sellers or want to try to make a quick buck. In fact, Robinhood is now the top free app on the App Store.

Unsurprisingly, the r/WallStreetBets subreddit is furious about these restrictions, with virtually every post on the front page of the forum referencing Robinhood’s decision to block all of the stocks that they want to buy. Multiple posts that have threatened to file class action lawsuits against Robinhood are getting thousands of upvotes and comments, and others are claiming that Robinhood is participating in “market manipulation.”

This will undoubtedly get more chaotic before it settles down. Yesterday, Discord banned WallStreetBets’ server on its service “due to occasional content that violates our Community Guidelines, including hate speech, glorifying violence, and spreading misinformation.” Discord ensured its users that the server wasn’t banned for “financial fraud related to GameStop or other stocks,” but those who were affected by the ban aren’t convinced.