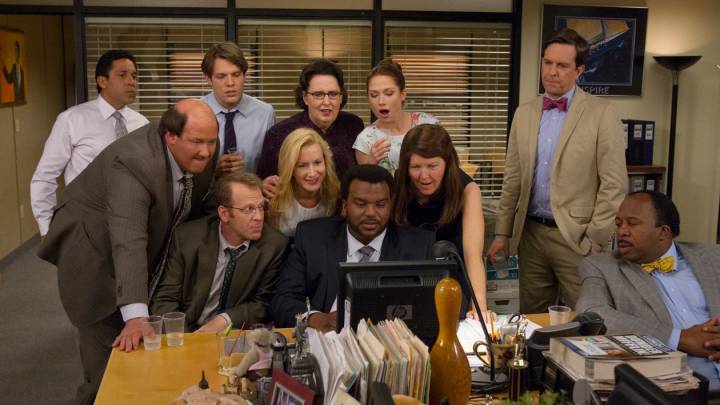 If you’re ranking the TV shows and movies that comprise Netflix’s voluminous streaming library by what people spend the most time watching more than anything else, there is a clear winner. According to NBC executives who’ve reportedly been told this by Netflix, people spend the most viewing hours watching a certain mockumentary about a paper supply company office in Pennsylvania led by a bumbling HR nightmare of a regional manager.

That tidbit about The Office, NBC’s beloved sitcom that ran for nine seasons, was buried in a recent Recode piece focused mostly on a different series from NBC’s glory days, Friends. We bring it up now for a few reasons, not the least of which is the fact that, even though The Office has been off the air for a few years now, it still has an intensely loyal fan base. One that erupts in vehement dismay across social media platforms whenever there’s even a hint of a rumor that The Office might not stay on Netflix, where it currently streams, forever. A fan base that begs on the regular for an Office reunion. Heck, even cast members get in on that last part, too.

Several of them got together recently for a private reunion of sorts, tweeted out a photo of the gathering, and got a sweet reply from the show’s erstwhile star Steve Carrell:

Here’s the thing, though. If Comcast-owned NBCUniversal has not started thinking about what the future holds for The Office as far as its next streaming home, it likely will soon. Netflix in recent days kicked up a storm from fans of Ross, Rachel and the rest of the Friends gang when it briefly looked like the show was set to disappear from Netflix come January 1. And then some behind-the-scenes dealmaking led Netflix to win the rights to keep streaming it for another year. However, it reportedly had to pay the hefty sum of $100 million for that privilege.

So if that’s how much Netflix had to pay to hang out to Friends for just a little while longer, you can bet there’s going to be a similar scramble to keep Jim, Pam and the entire Dunder Mifflin crew whose story apparently generates more viewing hours than anything else Netflix has got.

This dynamic will be fascinating to watch play out in the coming months and really throughout 2019, as a few credible streaming challengers get off the ground to potentially rival Netflix, such as Disney+. By one estimate, Netflix’s original programming at the moment makes up only 8 percent of its content when measured in hours. Which is why we’re going to see the streaming giant keep ramping up its slate of original offerings, things like Narcos and The Haunting of Hill House, while at the same time also doing whatever it can — such as paying massive amounts of money — to keep popular content from outside providers streaming on its platform for as long as possible. Even though, while Netflix hurriedly ramps up its own slate of offerings, many of those outside providers increasingly see an opening to take their product elsewhere.

The center can’t hold forever. If we’re keeping score, though, Netflix certainly has a track record of successfully pre-empting each necessary transition in the company’s story — from DVD-by-mail to online streaming and to an emphasis on original content. What comes next? Whatever it is, one would think that future includes keeping the lovable crew from Scranton around for as long as possible.