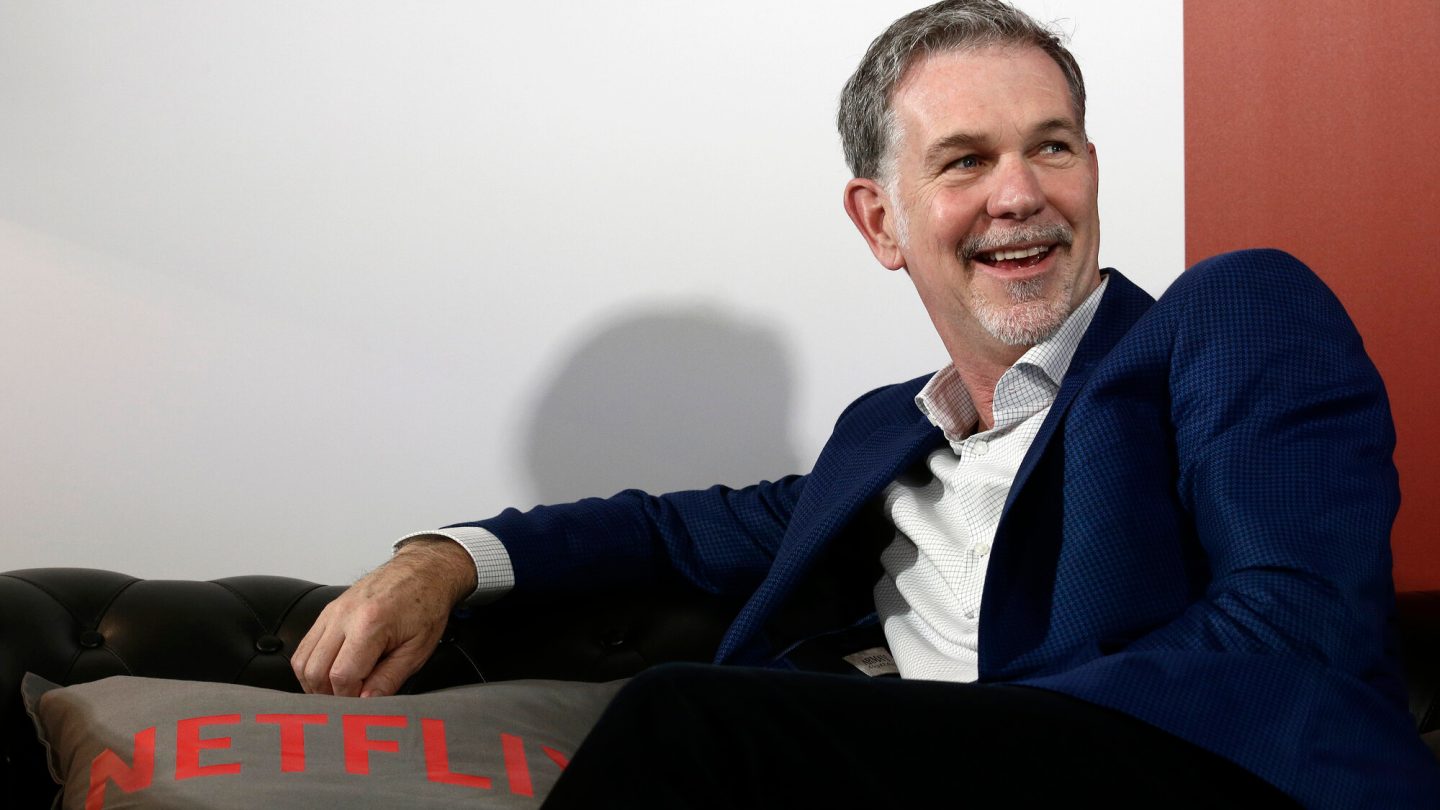 Getting lost in Netflix binges is one of the few collective activities we’ve all enjoyed to maintain a bit of sanity during the coronavirus era, something that the world’s biggest and most important streamer has helped us out with by shoving so much new content at us this year.

In case you hadn’t noticed, Netflix works far enough ahead of schedule that even with the pandemic wrecking, forcing a pause in, or completely upending almost every business under the sun for most of 2020, the streamer was able to barrel right along with its release cadence for the year mostly kept unchanged. Meantime, Netflix CEO Reed Hastings has been making the rounds for the past week or so, almost as in-demand a media figure as a presidential candidate right now thanks to the publicity requirements associated with his new book, No Rules Rules. It’s packed with, among other things, so many insights about how the company got to this point, such that it was able to keep even a global pandemic from knocking it back on its heels.

I spoke with Reed for the UK edition of The Guardian, which you can check out in full here. One of the things I wanted to call attention to in this post is the Netflix CEO’s comments and thoughts about competition, risk-taking, and making bets about the future. It’s what impressed me the most, in fact, about Hastings, who seems to me to regard “the game” so differently from perhaps all of his streaming rivals.

One phrase Reed used in our conversation that will stay with me — and I told him so — is his attitude about taking risks, which he said is best achieved when you constantly “prune your tree of possibility.” To explain what he means by that, he pointed to an entrepreneur like SpaceX CEO Elon Musk, who Reed imagined gets way down into the weeds there and analyzes things there like propellant ahead of making what used to be bet-the-company gambles. Musk himself has famously said how one or two more rocket explosions and failures in the early days of SpaceX would have killed off the company.

Netflix, Reed told me, is not like that at all. It makes lots of bets in parallel — big, expensive bets about a new piece of content that may or may not work out, smaller bets about whether to renew this season or cancel that one, and lots of others in between. And the company goes on to “prune” its “tree of possibility” along the way, snipping a “branch” here, stepping back to regard things, then snipping some more over on this other side, and continuing the pattern from there.

Does a CEO need to be a little paranoid, even fatalistic, I asked him at one point, harkening back to Intel CEO Andy Grove’s famous maxim about how “only the paranoid survive”? Reed brushed that away entirely, telling me that paranoid people are kind of “delusional.”

Here’s the answer he gave me, and it’s so interesting to imagine the implications for Netflix’s future within this answer: “The paranoid are delusional, and they can’t tell reality from the imaginary. If you’re paranoid, you’ll be fighting all kinds of false threats. Like, maybe spacemen are going to arrive and change entertainment. So, let’s start working on the anti-spacemen program. Ok?

“The real hard part about business is like chess — you’ve got to figure out which avenues you’re going to explore and sort of where the game might go, and if you don’t explore one that you should have, you can get checkmated. And your ability as a human to essentially prune the tree of possibility is the essence of being a great chess player. Business is not just about being paranoid about all threats. You have to figure out which threats are material, and to focus on them.”