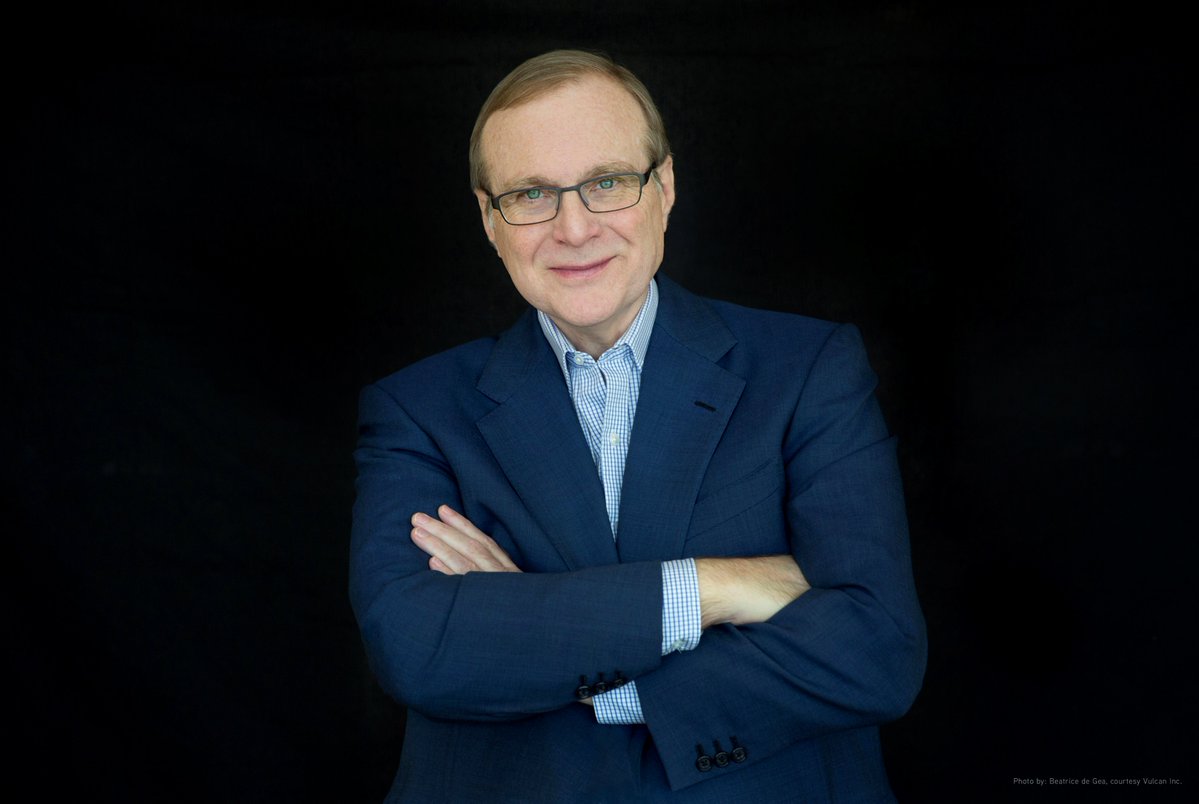 As is made clear in The New York Times obituary today for Microsoft co-founder Paul Allen, who has died at the age of 65 from complications of non-Hodgkin’s lymphoma, he left an indelible mark on what would come to be known as the personal computer industry. Back when he and Bill Gates had founded their computer company that would go on to become one of the industry’s most pervasive and recognized brands, the term “microcomputers” was still being used to differentiate the computers sitting on desktops from the bulkier machines of the time. The two men’s company would make software for those smaller so-called microcomputers, so Allen was the one who came up with the company name: “Microsoft.” Usage of the term personal computer, strange as it sounds to think about now, was still a ways off at the time.

Very sad to hear of Paul Allen’s passing. His passion for invention and pushing forward inspired so many. He was relentless to the end. My heart goes out to Paul’s family and friends.

Allen’s death has not only brought forth an outpouring of reactions and tributes from around the tech industry and beyond because of his key role in helping build Microsoft into an icon that gave the world products like the Windows operating system. He also went on to steer portions of his wealth into interests as varied as space travel, the arts and pro sports. Regarding the latter, he was a well-regarded owner of the Portland Trail Blazers and the Seattle Seahawks.

The NYT obit ends with an anecdote dating back a few years ago, to around the time Microsoft was commemorating its 40th anniversary. Allen had posted some code to Twitter, the top of which read “Copyright 1975 by Bill Gates and Paul Allen.” Reports the newspaper, “It’s weird to look at bits of code you wrote 40 years ago and think, ‘That led to where Microsoft is today,’ ” Mr. Allen said at the time. He sounded genuinely amazed.”

At the time of his death, he was the 46th richest man in the world. But it was wealth that also manifested itself in things besides money, a fact you can get a sense of when sorting through some of the tributes to him.

Statement from Microsoft CEO Satya Nadella on the passing of Paul Allen: pic.twitter.com/1iLDLenLKz

Our industry has lost a pioneer and our world has lost a force for good. We send our deepest condolences to Paul’s friends, the Allen family and everyone at Microsoft.

So sad to hear about the passing of Paul Allen. Among many other things he was a pioneer of commercial space travel. We shared a belief that by exploring space in new ways we can improve life on Earth. All our thoughts are with his loved ones.

RIP Paul. You were a good man and will be missed. Rock and Roll Heaven just got a lot better https://t.co/bOSmF5Dcqi

Paul was a truly wonderful, bright and inspiring person—- and a great friend. I will miss him https://t.co/HYhtgZGo8C

A statement from Bill Gates:

“I am heartbroken by the passing of one of my oldest and dearest friends, Paul Allen. From our early days together at Lakeside School, through our partnership in the creation of Microsoft, to some of our joint philanthropic projects over the years, Paul was a true partner and dear friend. Personal computing would not have existed without him. But Paul wasn’t content with starting one company. He channeled his intellect and compassion into a second act focused on improving people’s lives and strengthening communities in Seattle and around the world. He was fond of saying, ‘If it has the potential to do good, then we should do it.’ That’s the kind of person he was. Paul loved life and those around him, and we all cherished him in return. He deserved much more time, but his contributions to the world of technology and philanthropy will live on for generations to come. I will miss him tremendously.”