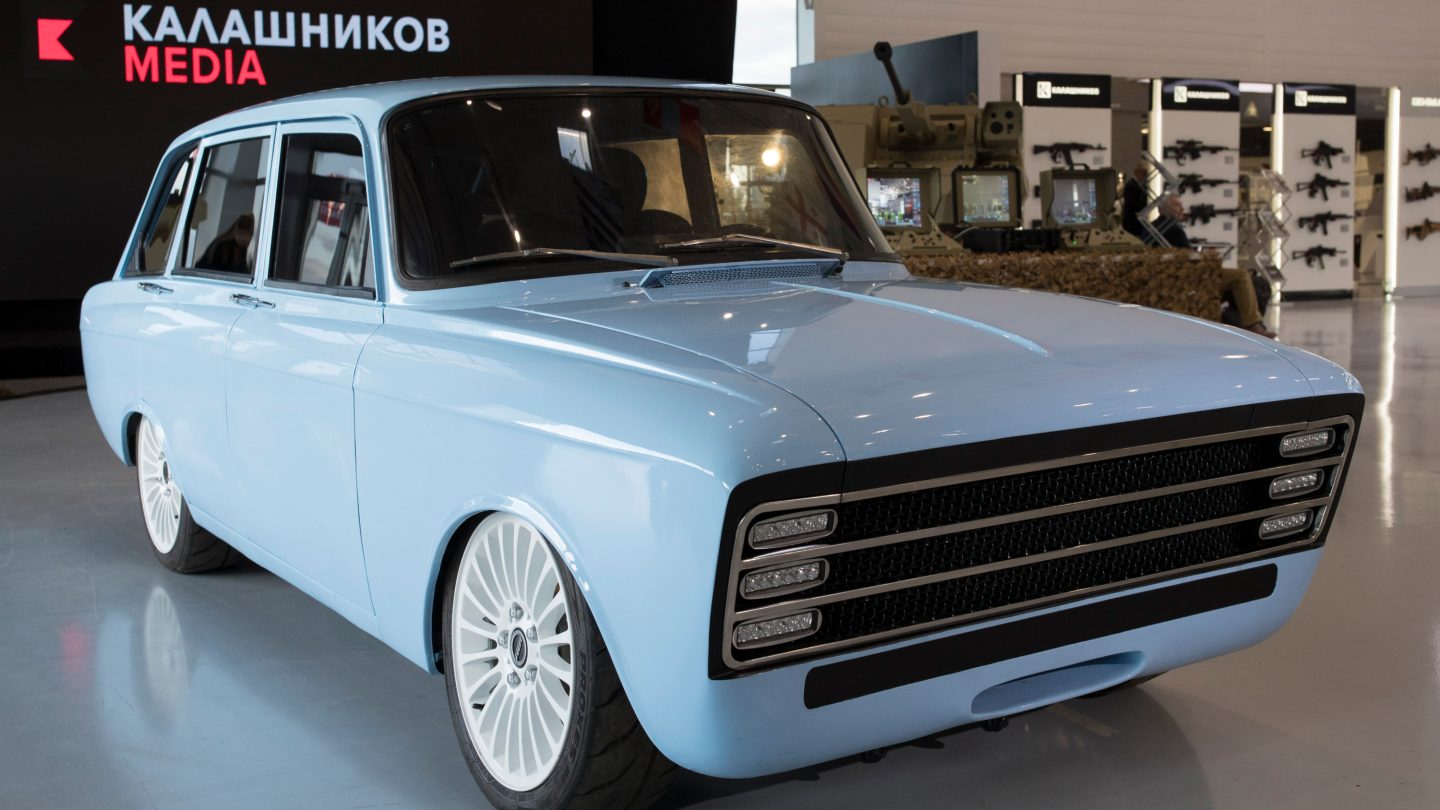 Right now, the most famous product for which it’s known around the world is the AK-47 assault rifle. The Russian arms maker Kalashnikov, however, wants to spread its wings, unveiling an electric car concept this week at an expo in Moscow that the company says will hopefully make it competitive with Tesla.

Of course, when a Russian news outlet asked how the car called the CV-1, which will reportedly have a range of 217 miles per charge, stood out compared to a Tesla, a Kalashnikov representative was stumped. Sofia Ivanova, the company rep, “could not name the specific advantages of the Kalashnikov car,” according to Business Insider.

BI added that she told the Russian reporter, “The car is competing with Tesla because it’s currently a successful electric vehicle project. We expect to at least keep up with it.”

Alrighty then. Among other specs and features of the car:

It’s still just a concept at this point, so there aren’t any details around pricing or a launch date. Inspiration for the design came from a boxy 1970s-era Soviet hatchback. The specs include a battery capacity of 90 kilowatt-hours and 220 kilowatts of power, and the car can apparently go from zero to 62 miles per hour in six seconds.

“This technology will let us stand in the ranks of global electric car producers such as Tesla and be their competitor,” Agence France Presse quoted the company as saying. “We were inspired by the experience of global market leaders in developing our concept.”

That AFP report explains how Kalashnikov has been trying to expand its brand for a while now, including with the launch of civilian products like umbrellas and mobile phone covers. The news outlet notes that Russians haven’t exactly warmed to the idea of this car, though, with comments on the Kalashnikov Facebook page ranging from “cyberpunk” to “Izh-Zombie.”

“Your tanks are great, but it would be better if you stayed away from cars,” AFP says one user wrote.

The concept’s introduction came this week at Army 2018, a forum at which 28,000 military items from hundreds of companies were showcased. Kalashnikov, in fact, used the opportunity to not only unveil the electric car but also a hybrid buggy and an electric motorcycle.

Per TechCrunch, the company’s four-seat buggy “can purportedly achieve speeds of up to 100 kilometers per hour and has separate electric engines for its front and rear wheels, along with hydraulic shock absorbers.”