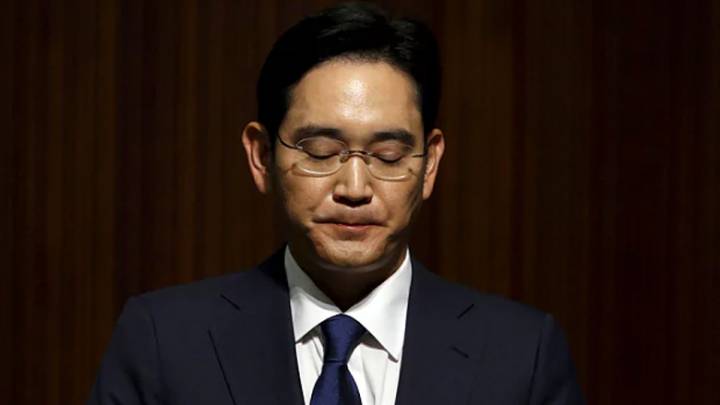 Here’s something you don’t see every day: a massive scandal in South Korea could see the head of the country’s largest conglomerate jailed and the president removed from office.

In the latest chapter in the ongoing saga that’s almost too crazy to believe, South Korea’s special prosecutor’s office on Tuesday confirmed to reporters that it will once again ask the court for a warrant to arrest Jay Y. Lee, the third-generation billionaire chief of the Samsung Group. Lee, a suspect in a bribery probe that reaches all the way to the president of the country, was questioned for more than 15 hours on Monday. The 48-year-old executive was apparently unable to convince authorities of his innocence, and it now appears as though is arrest is imminent.

Lee has long been a suspect in an investigation into payments made by Samsung to several companies run by South Korean president Park Geun-hye’s friend, Choi Soon-sil. The payments, totaling approximately $25 million, were allegedly made to help push through the controversial 2015 merger of Samsung C&T and Cheil Industries Inc.

Samsung has acknowledged making the payments to Choi’s consulting business and two foundations, but denies that they were tied to its lobbying efforts to gain approval for the merger.

“We have filed for an arrest warrant for Vice Chairman Lee Jae-yong and President Park Sang-jin today,” the South Korea special prosecutor’s said in a statement to Reuters. According to authorities, Lee will face charges including bribery, embezzlement and hiding assets overseas. This new arrest warrant will also lump in an additional charge of perjury, though it is currently unclear how Lee allegedly perjured himself.

Samsung once again denied any wrongdoing in a statement to Reuters. “Samsung has absolutely never bribed the president seeking something in return or sought illicit favors,” a Samsung Group spokesperson said. “We will do our best for the truth to be revealed in court.”