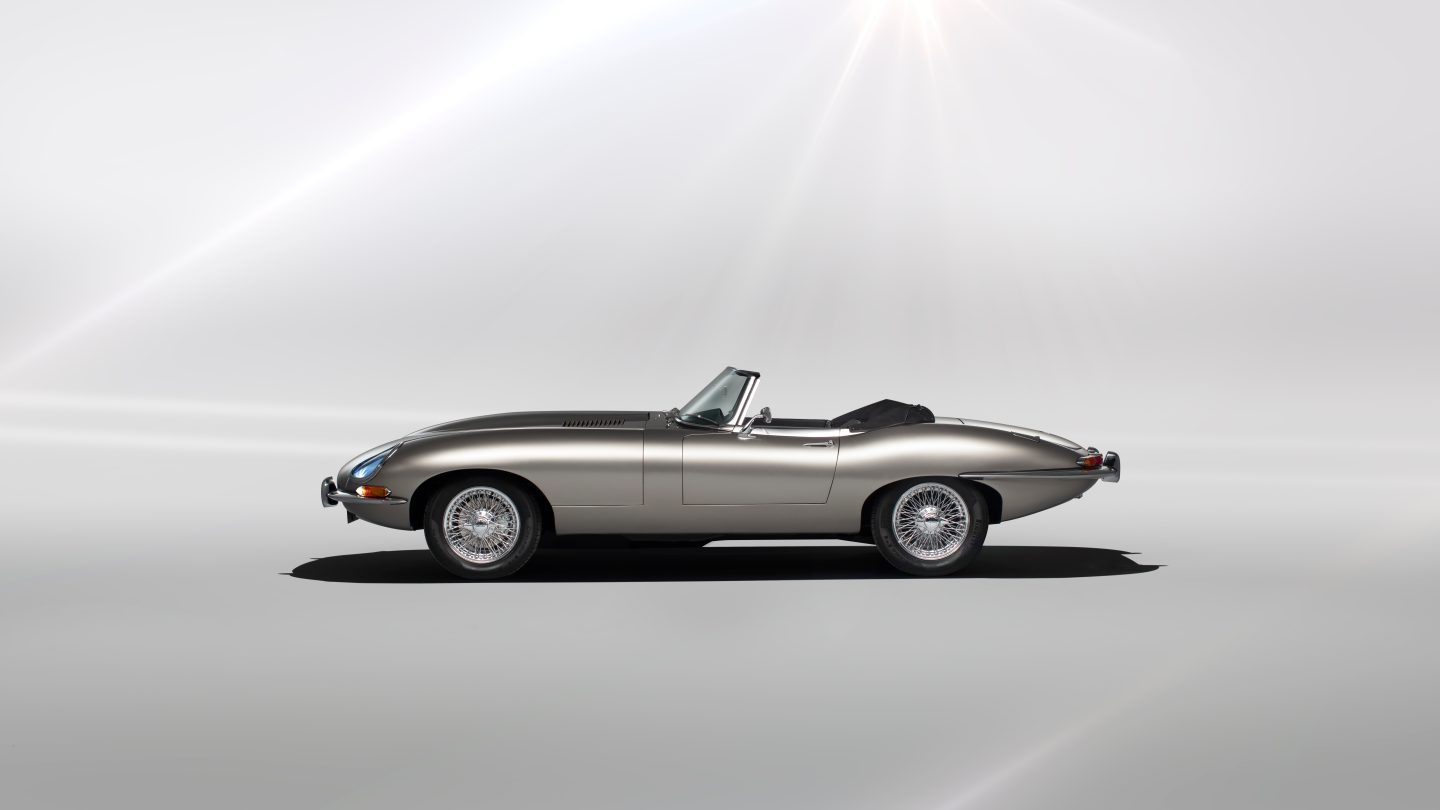 Enzo Ferrari, who founded the Italian sports car company that bears his name, once described this as “the most beautiful car in the world.” It was a sleek version of that same car, with a stylish blue exterior, that wowed onlookers when Prince Harry and Meghan Markle hopped into it a few months ago and drove off to their wedding reception.

Now, Jaguar has announced that it’s putting an electric version of that Jaguar E-Type, its classic 1960s sports car with a long hood and chrome bumpers, into production, with the first deliveries expected to start in the summer of 2020.

The news follows Jaguar debuting the EV sports car as a concept back in September, at the Jaguar Land Rover Tech Fest. An EV conversion service for existing E-type owners will also be offered, according to today’s announcement.

“We’ve been overwhelmed by the positive reaction to the Jaguar E-type Zero concept,” Jaguar Land Rover Classic Director Tim Hanning said in a released statement, adding that this represents a major stepping stone for Jaguar Classic. “E-type Zero showcases the incredible heritage of the E-type, and the expertise and craftsmanship at Classic Works, while demonstrating Jaguar Land Rover’s dedication to creating zero emission vehicles across every part of the business, including Jaguar Classic.”

Among the details of the all-electric E-Type:

Jaguar Classic is targeting a range in excess of 170 miles. It will be powered by a 40kWh battery, which can be recharged in six to seven hours, depending on the power source. It will also sport a state-of-the-art powertrain, LED headlights and a touchscreen to allow for a variety of “infotainment.”

Jaguar goes on to say an electric powertrain with single-speed reduction gear has been specially designed for the E-type, using many Jaguar I-PACE components. The E-Type’s lithium-ion battery pack has the same dimensions and a similar weight to the standard E-type’s six-cylinder engine and is also in the same location.

The electric motor, meanwhile, sits behind the battery pack, in place of the E-type’s gearbox. “A new propshaft sends power to a carry-over differential and final drive,” Jaguar explains. “Using an electric powertrain with similar weight and dimensions to the outgoing petrol engine and transmission means the car’s structure, including suspension and brakes, has not changed, simplifying the conversion and keeping the driving experience in line with the original vehicle. It drives, handles, rides and brakes like an original E-type with front-rear weight distribution unchanged.”