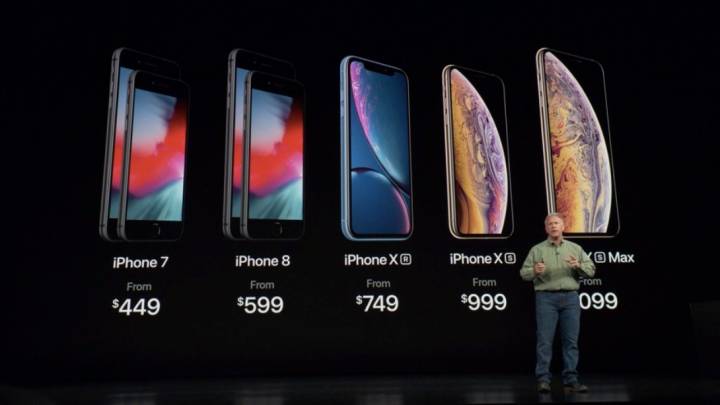 Apple last week unveiled three new products, including the Apple Watch 4, the iPhone XS series (which includes the Max model), and the iPhone XR. The Apple Watch 4 and iPhone XR easily stole the show with special emphasis of the new wearable device coming out of Cupertino labs. The event also brought us the biggest and most expensive iPhone ever, a device that costs $1,449 before tax and which could end up costing well over $2,000 in other markets — that’s the 512GB iPhone XS Max. But Apple also told us that it doesn’t expect everyone to upgrade iPhones every year, and we all missed it.

An old conspiracy theory says that Apple is intentionally slowing down its devices to force buyers to upgrade to the latest new thing. The ultimate proof came late last year when the world learned of Apple’s battery-related iPhone slowdown practice. Apple spent a long time apologizing and denying the rumored “planned obsolescence” practice. Fast-forward to the iPhone event last week, and Apple just brought us the ultimate proof that it wants to have iPhones in use for as much time as possible.

When Lisa Jackson stepped on stage during Apple’s segment to talk about Apple’s environment-related progress, she also said something that many people ignored or simply dismissed, as obvious marketing talk. She said that Apple wants its products to last as long as possible.

But as Horace Dediu observed, it’s no longer as important for Apple to sell you a new iPhone every year, as is to retain you as a customer for years to come.

The important call to make is that Apple is making a bet that sustainability is a growth business.

Fundamentally, Apple is betting on having customers not selling them products.

That’s something most Apple rivals can’t really compete against.

Whether a user holds on to a device for a few years longer, or whether he or she pass it to a family member or sells it, Apple still wins. That’s because, the iPhone opens the door to other purchases, whether it’s other Apple devices or content from Apple’s various digital stores. The more a user is exposed to the iPhone, the more money Apple will make. And if a device has multiple owners during its lifetime, Apple ends exposing more people to iOS, the App Store, and its hardware, without having to necessarily worry about smartphone market share, or about dropping the price of the iPhone to win more customers.

The buyer also wins, because the iPhone isn’t getting more durable, but also more useful — the same Dediu:

An iPhone at $1200 may be less expensive than an iPhone at $600 if the $1200 version lasts twice as long as is used twice as much each day. The $1200 phone delivers 4x the utility at twice the price, making it half the price. By making more durable products, both in terms of hardware and software, the customer base is satisfied and preserved.

Let’s not forget that Apple just announced it sold 2 billion of iOS, of which 1.3 billion are still in use. And Apple sells over 200 million iPhones every year. That means Apple would still get plenty of buyers for new devices every year, without actively looking to convince anyone to upgrade their iPhones after only a year of use. Obviously, Apple does have an iPhone Upgrade Program going on that lets you upgrade every year. So if you upgrade your iPhone every year, Apple makes plenty of cash off you. However, not all buyers need or have access to the iPhone Upgrade Program around the world.

Finally, even if you don’t get one of the latest iPhones, and you end up choosing the cheapest new iPhone available from Apple right now, that would be an iPhone 7, by the way, you still get a durable device that’s guaranteed to receive updates for a few years to come. And everything above still applies. That iPhone 7 will be good for a few years whether you keep it or pass it along after a year of use.

It just so happens that not only I agree with Dediu’s take, but I sort of respect the iPhone customer pattern he’s describing. I already told you I wasn’t going to upgrade the iPhone X to any of the new 2018 models, no matter how appealing the iPhone XR is right now. That’s because the original X is still a very solid handset, both when it comes to durability and performance. Once I’m going to be done with it next fall, I’ll pass it along to someone in my family, just as I did with previous iPhones, knowing that it’ll continue to serve someone else for at least a couple of years. The only thing it’ll probably need is a battery replacement.