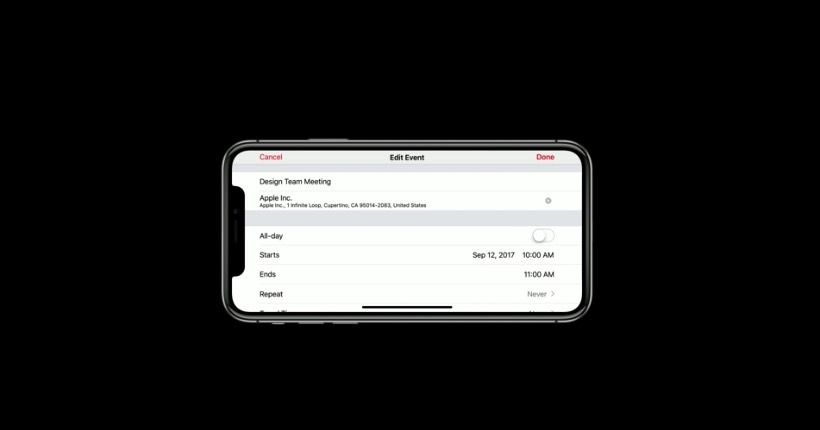 Apple’s shares are down nearly 10 percent since the iPhone X unveiling, from $165 as Craig Federighi messed up the Face ID demo, to $150 now. Much of the cause for concern comes from lackluster initial sales impressions of the iPhone 8, and a growing sense that the iPhone X is going to have major production problems — very real concerns that analysts don’t normally shrug off.

But in the case of Apple, a falling share price is just an excuse to buy more.

That’s what Brian White, a noted Apple analyst from investment banking firm Drexel Hamilton, is advising clients in a new research note seen by MacRumors. “We believe concerns around the strength of this cycle are misplaced and we would be aggressive buyers of the stock during this correction.”

Apple stock has been riding historically high for most of 2017, as industry watchers are expecting a “supercycle” of consumers upgrading to Apple’s newest iPhones. That supercycle is expected to drive record revenues, and anything short of that will be a disappointment for the market — and lead to a falling stock price.

White’s still an optimistic believer in the supercycle. “We believe more consumers in the developed parts of the world will pass on the iPhone 8/8 Plus and buy the iPhone X,” he said. “Those that are on the fence will likely wait to see the iPhone X.”

No-one’s doubting that the iPhone X is a great device. But there are two big questions remaining: the price, and whether Apple will be able to make enough in time. Rumors are suggesting that pre-orders might not be fully filled until early 2018, which means that a reliable supply won’t be in stores until a month after that. By early 2018, a new wave of Android phones will be out, potentially at a more palatable price than the iPhone X.

Sure, that won’t be enough to turn the iPhone X into a flop. But remember what’s at stake here. Anything short of a blockbuster sellout is going to be a disappointment for analysts. White has a target price of $208 on Apple right now, a good $58 above its current price, reflecting a $$288 billion difference in total market cap. The iPhone X is going to have to do something special to make up that gap.