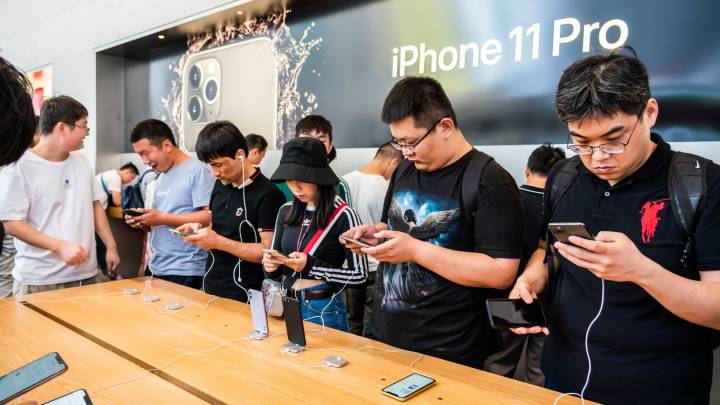 For several quarters, Apple has suffered through a slump in iPhone sales in one of its most important markets — the biggest consumer electronics market in the world, in fact. The US-led trade war with China was partly to blame, spurring Chinese consumers to adopt a kind of hometown team approach and feel that it’s their patriotic duty to stay loyal to local brands, like Huawei. And of course, there were lots of other factors behind Apple losing ground in China, like the cost of its handsets relative to the much cheaper Android-based competition. But all of that, however, is a moot point for now — because, thanks to the iPhone 11, it seems that Apple’s phone shipments in China are on the upswing again for the first time since 2015. And that’s according to a government agency from within China, itself.

The improvements in camera quality and battery life, as well as a lower base price, brought about in the form of the iPhone 11 and iPhone 11 Pro appear to have generated something of a warm reception in China, where iPhone shipments jumped a little more than 18% year-over-year in December to about 3.18 million units. That’s according to Bloomberg data based on figures released by China’s Academy of Information and Communications Technology.

Already, there have been ripple effects from this news, which led to a research note from analysts at the Oddo financial group noting that this turn of events in China is “quite positive” for Apple, in spite of Apple’s dearth of 5G options yet. Also, share prices of Apple suppliers like Infineon Technologies AG, AMS AG, and Dialog Semiconductor all got a bump in European trading on Thursday thanks to word of Apple’s improvement in China.

Apple’s turnabout in China also comes at the same time as smartphone shipments overall in December were down almost 14% compared to December 2018 — again, according to the Academy of Information and Communications Technology. Helping matters for the iPhone maker is what Apple CEO Tim Cook has publicly described as a “much better tone” between the US and China, which appear to be closer to ending the long-running trade stalemate between the two nations. It’s definitely a positive moment for Apple heading into the Chinese New Year that falls later this month, with the company on the upswing again in a market that’s behind only the US in terms of its importance to Apple.