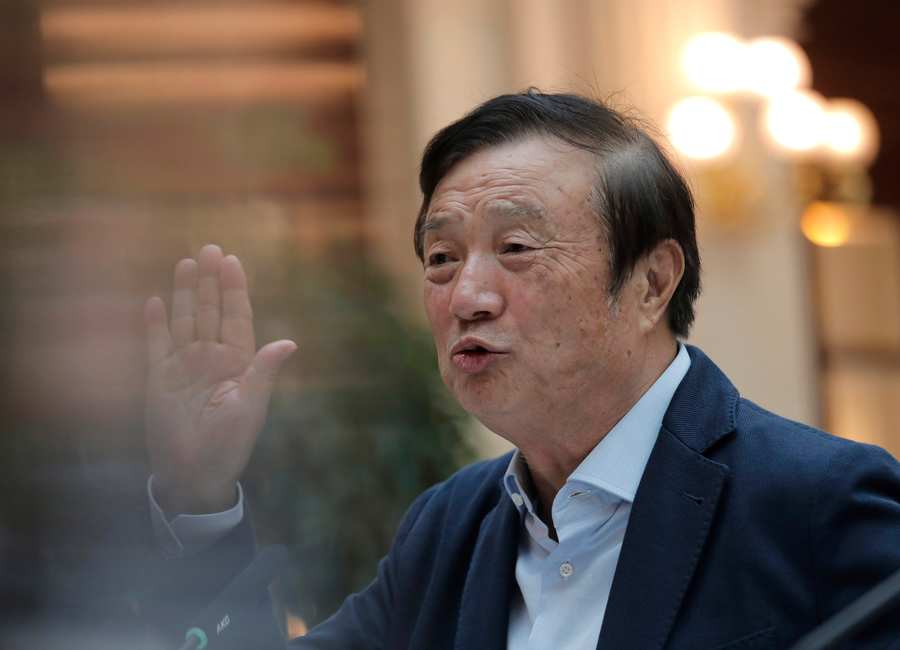 As 2019 draws to a close, with the US ban against Huawei now having lasted around six months give or take, the company’s 75-year-old billionaire founder and CEO Ren Zhengfei has a message for everyone. He doesn’t expect the US to take Huawei off its blacklist anytime soon, and he’s now basically telling people — screw it, the US can be that way, see if I care. “They may as well keep us there forever because we’ll be fine without them,” Zhengfei railed in a new interview on Wednesday.

Huawei’s top executive had stuck to a rather diplomatic posture in most of his public remarks since President Trump added Huawei — which had hoped to de-throne Samsung this year as the leading smartphone maker worldwide — to a US Commerce Dept. “entity list” in May. In one fell swoop, that move barred American companies from doing business with Huawei. And, of course, it hobbled Huawei’s ambitions for growth this year. But more on that in a moment.

Speaking with The Wall Street Journal this week, Zhengfei dropped any pretense of moderation and went full-bore at the Trump administration and the US, in general. “We can survive very well without the U.S.,” Ren told the newspaper. “The China-US trade talks are not something I’m concerned with.”

The timing of Zhengfei’s remarks is particularly interesting since rumors had begun to surface in recent days that the US was/is close to incrementally start allowing US companies to do business with the company again.

As we alluded to earlier, Huawei had been hoping to ship around 300 million smartphones by the end of this year. That was the goal, that is, before all hell basically broke less for the company this summer. Huawei will, no surprise, fall short of that goal for the year, having shipped around 200 million smartphones to date. Interestingly, though, that number is nevertheless an improvement over the company’s 2018 figure of 206 million phone shipments — a result the company reached, of course, before the Trump ban and which might be informing Zhengfei’s aggressive new stance.

Huawei last year bought $11 billion of technology from suppliers in the US including Microsoft and Google’s parent company Alphabet. It’s since had to shift that business to alternate vendors, in addition to ramping up its own in-house chip and software production. That said, Zhengfei did offer a positive note to Trump himself in his new interview:

Should the US president ever come to China: “We would certainly give him a warm welcome.”