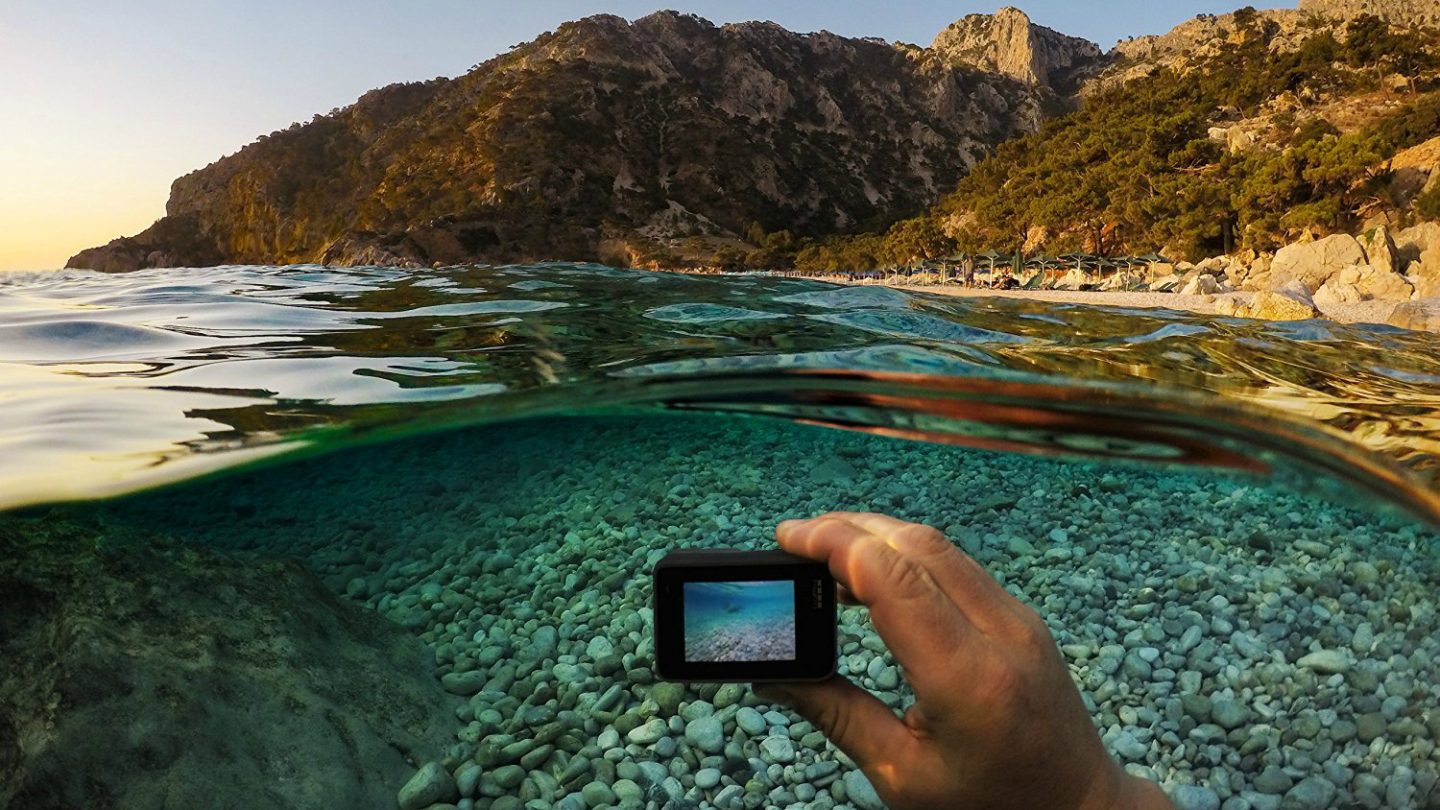 In a statement today, GoPro announced that it’s killing off its drone division and laying off 20 percent of its workforce. The camera-maker cited intense competition and future problems as the reason why it’s not going to make more drones after the Karma, its ill-fated first drone, failed to sell.

The company has lowered the guidance for its next-quarter earnings, and founder and CEO Nick Woodman has reduced his salary to $1 for 2018, according to the statement, although other non-cash compensation remains.

The market didn’t exactly take the news well. GoPro shares plunged 23 percent in early-hours trading, before hitting a built-in stop and trading paused temporarily. After trading resumed, the shares fell further, and the stock was down 30 percent by 10AM.

However, prices rebounded sharply following a report from CNBC that the company has hired JPMorgan to find a buyer. Woodman told CNBC that he would consider a sale or partnership with another company, though no names were mentioned. “If there are opportunities for us to unite with a bigger parent company to scale GoPro even bigger, that is something that we would look at,” Woodman said.

Update 1500: Woodman subsequently told Bloomberg that GoPro has not instructed JPMorgan to look at the option of a sale, although he reiterated that the company would be open to the right buyer or partners.

“GoPro is committed to turning our business around in 2018,” Woodman said alongside the news about the end of Karma. “We entered the new year with strong sell-through and are excited with our hardware and software roadmap. We expect that going forward, our roadmap coupled with a lower operating expense model will enable GoPro to return to profitability and growth in the second half of 2018.”

The Karma drone was meant to be GoPro’s next big product when it launched amid much fanfare in 2016. But GoPro was forced to recall the drone just months after launch, when early models started literally falling out of the sky. GoPro fixed the issues and re-launched the drone, but by that point, it was too late. In the months that GoPro was dealing with the, uh, fallout from the Karma’s problems, DJI released two new smaller and cheaper drones that essentially made the Karma obsolete.

In its statement today, GoPro also cited the difficult regulatory regimes in the US and Europe as the reason why it doesn’t think the drone market will be lucrative in the long term. Although the FAA has a robust regulatory regime in place in the US that allows for the easy use of small drones like the Karma, ongoing changes to laws, especially in Europe, make things uncertain for GoPro.

For now, the company appears to be doubling down on the one thing it does know how to do: make small action cameras. Its new device, the Hero6 Black, has seen a price cut of $100, and you can likely expect more aggressive promotions and new cameras coming soon.