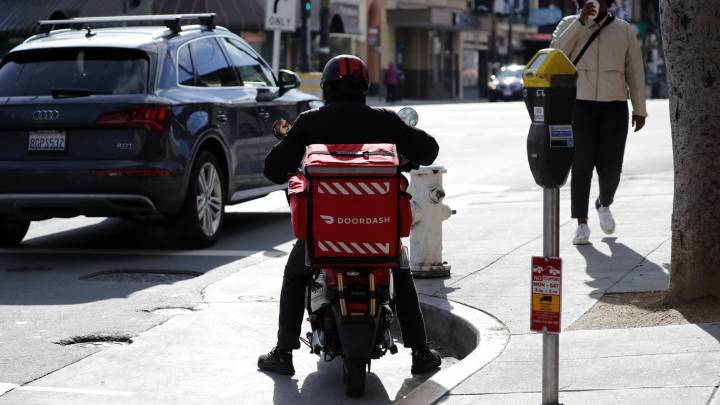 Many of us around the country have been under a stay-at-home order thanks to the coronavirus pandemic for around a month now, which means, among other things, relying on delivery drivers like never before. Drivers for services like DoorDash and UberEats as well as other non-restaurant services like Instacart are in more demand than ever — and, thanks to their increased business, they’re also coming into contact with more customers than before and putting their health potentially in greater jeopardy.

Often, for the same level of tips they were making even before the crisis began. Which begs the question: How much should you be tipping delivery drivers right now? (Hint, more than you were tipping before now.)

A DoorDash driver in the Boston area who the Huffington Post identified as “Steve” put it to the online news outlet like this: “If someone told you the pay model structure would essentially remain the same during a viral pandemic, would you complete a $5 order, knowing you run the risk of catching the virus while working and bringing the virus home to your partner after working?” He’s mostly still seeing the same $2-$4 tips — from those customers who bother to tip at all.

Etiquette experts interviewed by the outlet pointed out that those amounts are probably fine during more normal times, when it’s generally expected that customers tip between 10% and 20% on a food delivery order. Meanwhile, Quentin Fottrell — the personal finance editor at MarketWatch — thinks you should spend this time adding at least 5% more to your normal tipping percentage.

“For some people, 25% would be really high,” etiquette expert Diane Gottsman said told the HuffPo. “But there are some circumstances that leaving a $20 tip on a $10 order would be worth it because it saved someone from having to go out and buy groceries or pick up a to-go order from a curbside pickup.”

Other things you can do: For independently owned restaurants, UberEats is waiving delivery fees that get passed on to customers during the coronavirus crisis, so you could take that savings and give it to the driver in the form of a higher tip.

If you’ve been laid off like millions of people around the US and are financially struggling right now, you could also rate the driver highly in the app you’re using as well as leave a glowing review for the restaurant there or under its Google listing. All of which is to say, this is an especially stressful time for delivery drivers and related gig workers right now, and a little extra gratitude from customers goes a long way — not to mention being well-deserved.