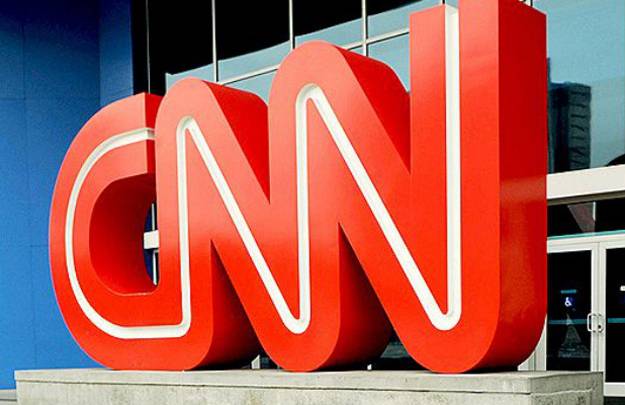 As if CNN’s silver-haired journeyman anchor Anderson Cooper didn’t have a full enough day on Monday, with President Trump’s meeting with Putin in Helsinki, he also made time to front an all-new news program. Today saw the debut of Anderson Cooper Full Circle, for which he was joined by Pussy Riot member Nadya Tolokonnikova for an interview as part of a broadcast dominated by coverage of what Anderson described as Trump’s “disturbing and extraordinary” comments in Finland.

CNN White House correspondent Jim Acosta showed up to provided commentary, as well. It was everything you’d expect from Anderson’s network, and the show had top-quality production values. What’s not yet clear, of course, is how much of a success it will ultimately enjoy, given that it’s being hosted on the Facebook Watch platform — part of a major investment in news programming from Facebook.

We’ve never done anything like this broadcast before, Anderson acknowledged to his audience as an intro to the new show. “I really see this as a way to have a conversation with you before and during the broadcast.”

True to his word — and with around 4,000 viewers watching — Anderson took a beat and fielded some questions flowing in from Facebook viewers. One asked how he de-stresses, in light of the news of the day. “I’m not really good at de-stressing,” he confessed at around the 20-minute mark of the broadcast, in a kind of intermission of sorts. “That’s probably why I’m pale as a ghost.”

One thing he says he does is binge shows like Netflix’s Narcos, which probably explains his familiarity with stress.

The feed appeared to stutter a few times but after a few seconds would pick right back up. Thirty minutes in, Anderson was calling a wrap, thanking everyone with what seemed like a rushed goodbye before he could be heard talking about needing to “catch a flight soon.”

As we’ve previously noted, Facebook’s supposed YouTube killer has attracted disappointing audience numbers so far per a report from The Information. Maybe that can change a bit thanks to efforts like what the social network debuted today.

The key phrase being, a bit.

Facebook has been working hard to show that it’s fighting fake news — an effort that will surely come up in congressional testimony one of the company’s execs is set to give on Capitol Hill on Tuesday. Meanwhile, the new programming set to debut on Facebook Watch starting today includes a slate of news shows, such as Anderson’s; as well as a Spanish-language news show from Univision — “Noticiero Univision Edicion Digital” — and “Mic Dispatch,” a program from the digital news outlet Mic.

Facebook has put millions of dollars into this effort, and it’s commendable. More quality news content in the world — especially now — is a good thing, full stop. We should note, however, that the existence of programs like these just makes Facebook’s inability to answer why purveyors of conspiracy theories and fake news like InfoWars continue to enjoy a prominent presence on Facebook all the more difficult to ignore.

If Facebook wants to be taken seriously as a legitimate champion of quality content, it needs to come up with a better answer than wanting to be a home for diverse viewpoints. Which in effect puts something like InfoWars on the same plane as a new effort like Anderson’s Full Circle. And that’s a shame.